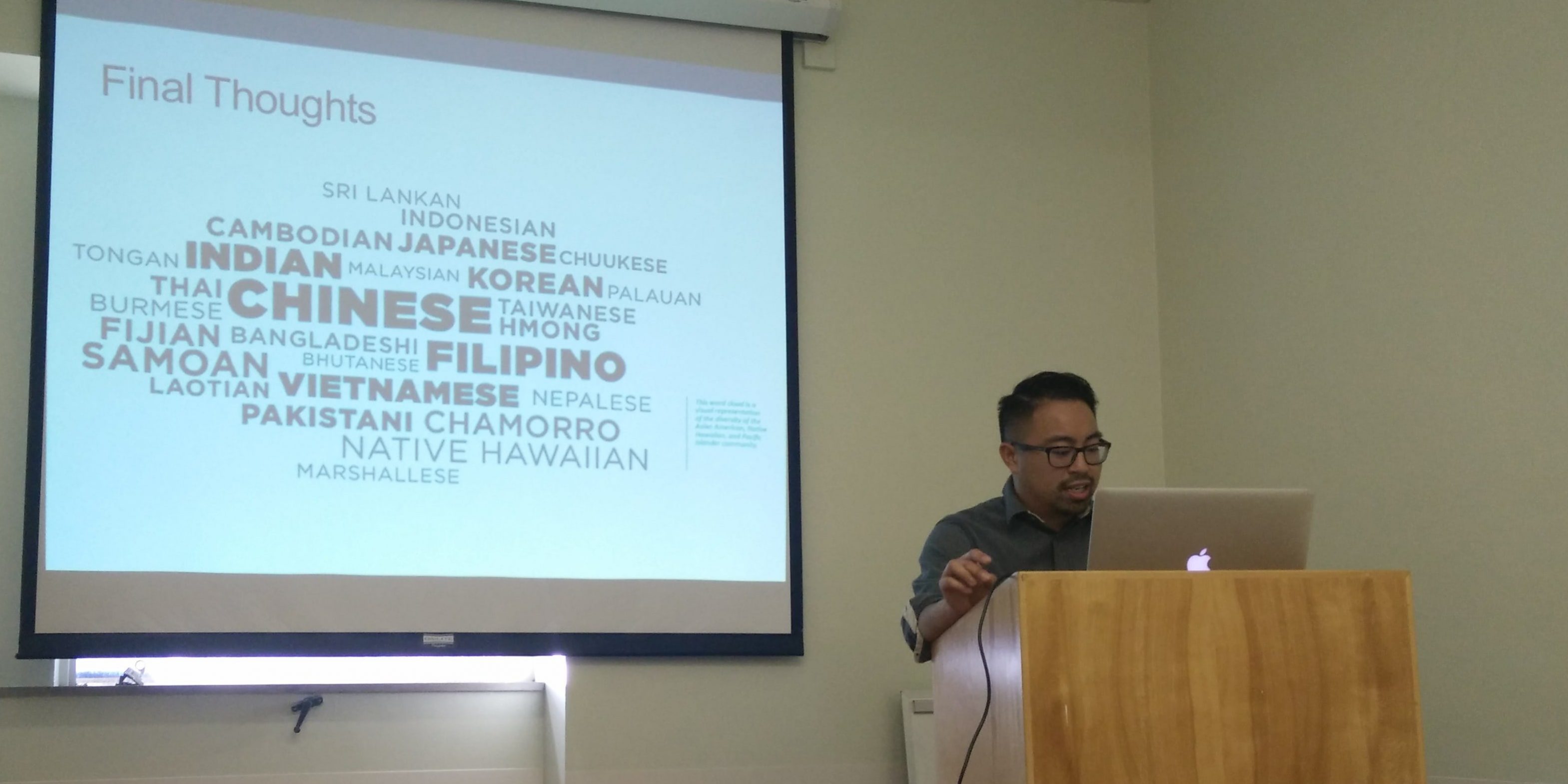 BY LUCY MA and CINDY TRAN

Mike Hoa Nguyen, a doctoral student in the  Higher Education and Organizational Change Division at UCLA’s Graduate School of Education and Information Studies, addressed the issue of data disaggregation on November 19, 2015 in light of Governor Jerry Brown’s recent veto of Bill AB -176.

The bill calls for new guidelines for the collection of Asian American Pacific Islander (AAPI) demographic data that would be more inclusive of ethnic minorities instead of overgeneralizing them as “Other Asians” in the process of data collection.

Nguyen began by acknowledging the “Count Me In!” student movement that lasted between 2006 to 2009 and started in UCLA but later spread to all UC schools. The “Count Me In!” campaign promoted data disaggregation in order to better support underprivileged communities.

Despite the success of the movement, Nguyen pointed out that data about the demographics on AAPI communities are still oversimplified and difficult to obtain, if not impossible to do so. He also argued that the California State University (CSU) and University of California systems “collect, but does not utilize data,” which further marginalizes underrepresented ethnic minorities in the UC system.

A supporter of Bill AB – 176, Nguyen testified before the California State Assembly Committee on Higher Education regarding AAPI data disaggregation. He quoted Governor Brown’s veto message: “To be sure, there is value in understanding data on race, ethnicity, gender and other aspects of identity… Despite this utility, I am wary of the ever growing desire to stratify. Dividing people into ethnic or other subcategories may yield more information, but not necessarily greater wisdom…”

Nguyen continued on to mention the important act of thoughtfulness and carefulness that needs to be considered when conducting data disaggregation. The use of data disaggregation should not be utilized in order to pit ethnic minority groups against each other, but rather to understand intersectionality that is present among the different groups.