From Trilingual to Monolingual: Losing My Chinese Dialects and Learning English 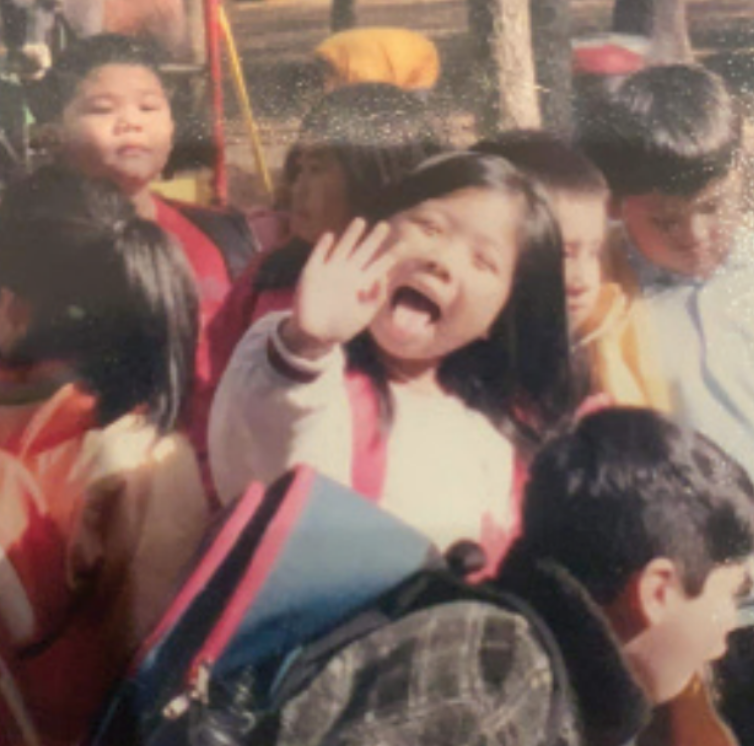 English is not my first language. It’s also not my second language. I grew up listening to and speaking an amalgamation of three different Chinese dialects: Mandarin, Cantonese, and Fujianese.

Most children play with dolls and teddy bears – I spent the first four-and-a-half years of my life playing with combinations of these three dialects. Mandarin was soft and delicate; its characters always slipped gracefully off my tongue. I sang filial songs dedicated to my parents in Mandarin and used it in Chinese school to respond to my teacher. In contrast, Fujianese was loud and jarring. It showed up at home, in dinner conversations, and occasionally on the streets of Chinatown when I wanted an extra large candied hawthorn. Cantonese stood in between like a buffer, making random appearances to fill in gaps where neither Mandarin nor Fujianese seemed suitable. It was more commanding than Mandarin and less aggressive than Fujianese.

When I was five years old, I entered the American public school system and started kindergarten in a predominantly white neighborhood. I arrived on the first day of school excited about making new friends, happy about my large backpack stuffed with the latest Hannah Montana-themed supplies, and nervous about meeting my new teacher. At 12:00 PM, I left school confused, angry, and tired. I was confused about why my classmates didn’t understand me; angry because my teacher wagged her finger at me whenever I spoke in Chinese; and tired because I spent the whole day sitting quietly by myself. At home, my parents slowly stopped speaking to me in Chinese. They responded to the three dialects in whatever broken English they could muster up, hoping that I would quickly catch up to the rest of the students in my class.

Over the course of years, my dialects slowly left me. Cantonese was the first to leave. Mandarin departed shortly after, leaving some little traces behind. Fujianese held on for longer, but my sentences were often incoherent, because I no longer had Cantonese and Mandarin to fill in the gaps of words I didn’t know. English took over and accented the little Chinese I had left.

I hated English because it was foreign, complicated and lacked the vibrant characteristics that my Chinese dialects had. English was and continues to be a harsh necessity for survival; its monotone is understood by many and seemingly authoritative. After years of practice, I’ve become comfortable with the English language, but I continue to long for the familiarity with my Chinese dialects that I lost. I wish I had continued speaking them. I’ve decided to take online Mandarin classes next year as a small compensation.

As a former ESL student, I want to emphasize that knowing a second language is a strength and that you shouldn’t have to give up a language to learn a new one. Use your native language  when English doesn’t make sense; blend the languages to create something unique; and continue to play with combinations of loud, soft and in-between.