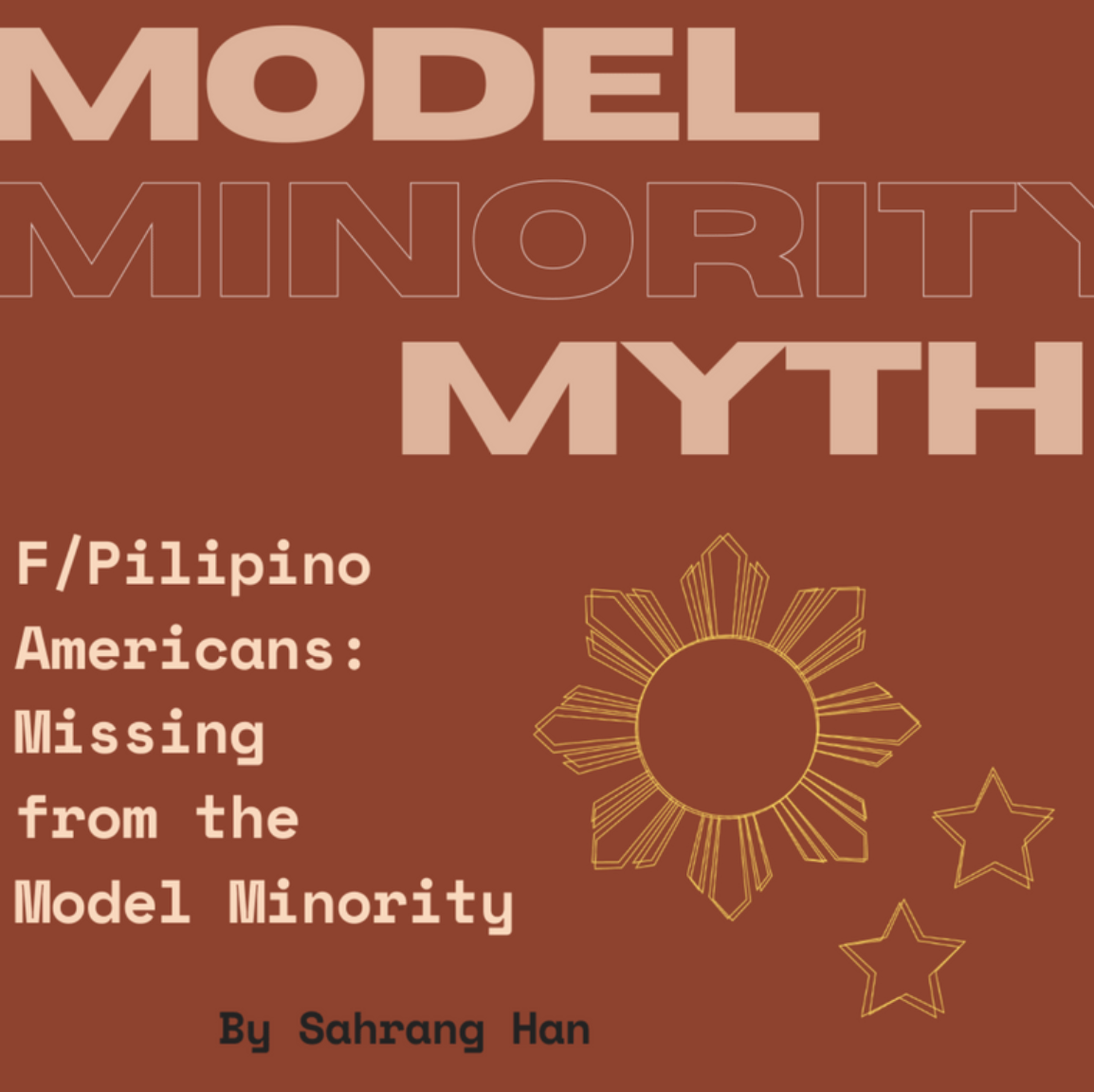 ** Author’s Note on Community Terminology: there is an academic and cultural dispute over whether Filipino or Pilipino is best to describe the diaspora from the Philippines. In recognition of the indecision, F/Pilipino is used in this piece.**

The model minority image was introduced in the 1960s to acknowledge Japanese Americans’ successful assimilation into white American society. Usage of the term by popular press and media hoped to detract attention from the growing civil rights movement pioneered by Black and Latinx Americans [1] . Diverting attention to the quiet, economically successful, law-abiding Asian Americans was a socio-political ploy to promote submissiveness in communities of color.

The F/Pilipino American community is usually missing from the model minority conversation altogether. When we are included, we immediately get lumped with other Asian American populations. In these situations, community conditions are completely ignored. For example, Filipino households are often multi-generational, with multiple people working to provide income; sometimes, individuals work multiple jobs at once [2]. This combination results in a higher household income, but it cannot be fairly compared with a household who reports the same amount of income … but from a single source.

When layered on top of other social discriminations, F/Pilipino Americans are left on a playing field unique from other Asian American communities. This can be described as a “not-quite” state, which gives way to many intercommunity tensions such as colorism and crab mentality. To understand how these came to be, let us look at some of the history of F/Pilipinos in the US.

The first major wave of F/Pilipino immigration was in the mid-1900s; those immigrants are regarded as the manongs (literally “older brothers” in Ilokano, but commonly used to mean “elders”) of the F/Pilipino American community. The manongs endured many obstacles in their lives, especially in trades of agricultural work and caretaking. Their struggles pioneered pathways for successive F/Pilipino generations to live more comfortable lives in the United States, but much of today’s F/Pilipino Americans’ lives are far from comfortable.

Another reason for F/Pilipino Americans’ exemption from the model minority image is crab mentality. Crab mentality’s namesake is the image of crabs trying to get out of a bucket; in order for one to make it out, it must pull down everyone else [4]. In practice, crab mentality is seen in tsismis (“gossip” in Tagalog), an integral component of daily F/Pilipino life centered on belittling and criticizing others. In F/Pilipino American youth, crab mentality plays out in student organization politics and in Filipino beauty pageants,  consequently leading to emotional and mental burnout. This competitiveness hinders the F/Plipino American community’s building abilities. Instead of banding together to advance representation of F/Pilipinos in many occupations, individual members choose to tsismis about each other and bring each other down, resulting in a weaker ethnic community. The fragmented F/Pilipino American community does not rank alongside the Chinese American, Japanese American and Korean American model minority communities.

The model minority image is not inherently bad. There is nothing wrong with wanting to succeed in a new country or with wanting a more stable future for your children. However, controversial and demeaning assumptions of the model minority image disregard entire immigrant communities’ struggles.  As previously mentioned, this discreditation does more harm for relationships between immigrant communities than good. It could be argued that it is better for the F/Pilipino American community to abstain from becoming a model minority because our historic and contemporary struggles will gain more recognition outside the homogenizing label. But, who gets to make that call?

[4] Lasquety-Reyes, Jeremiah. “In Defense of Hiya as a Filipino Virtue.”

A 2nd-year Communications major trying to squeeze in minors in English and Cognitive Science, Ayushee is a meme-enthusiast who firmly believes that pineapple belongs on pizza and that dark chocolate is the universal cure to a bad day.Yusra was an English major and Education Studies minor at UCLA for the class of 2022. In addition to being a copy editor for UCLA's Pacific Ties Newsmagazine, Yusra was the Executive Editor of Creative Nonfiction for UCLA's Journal of the Arts: Westwind. When she is not working or studying, she enjoys binging shows with her friends and running her popular meme pages.