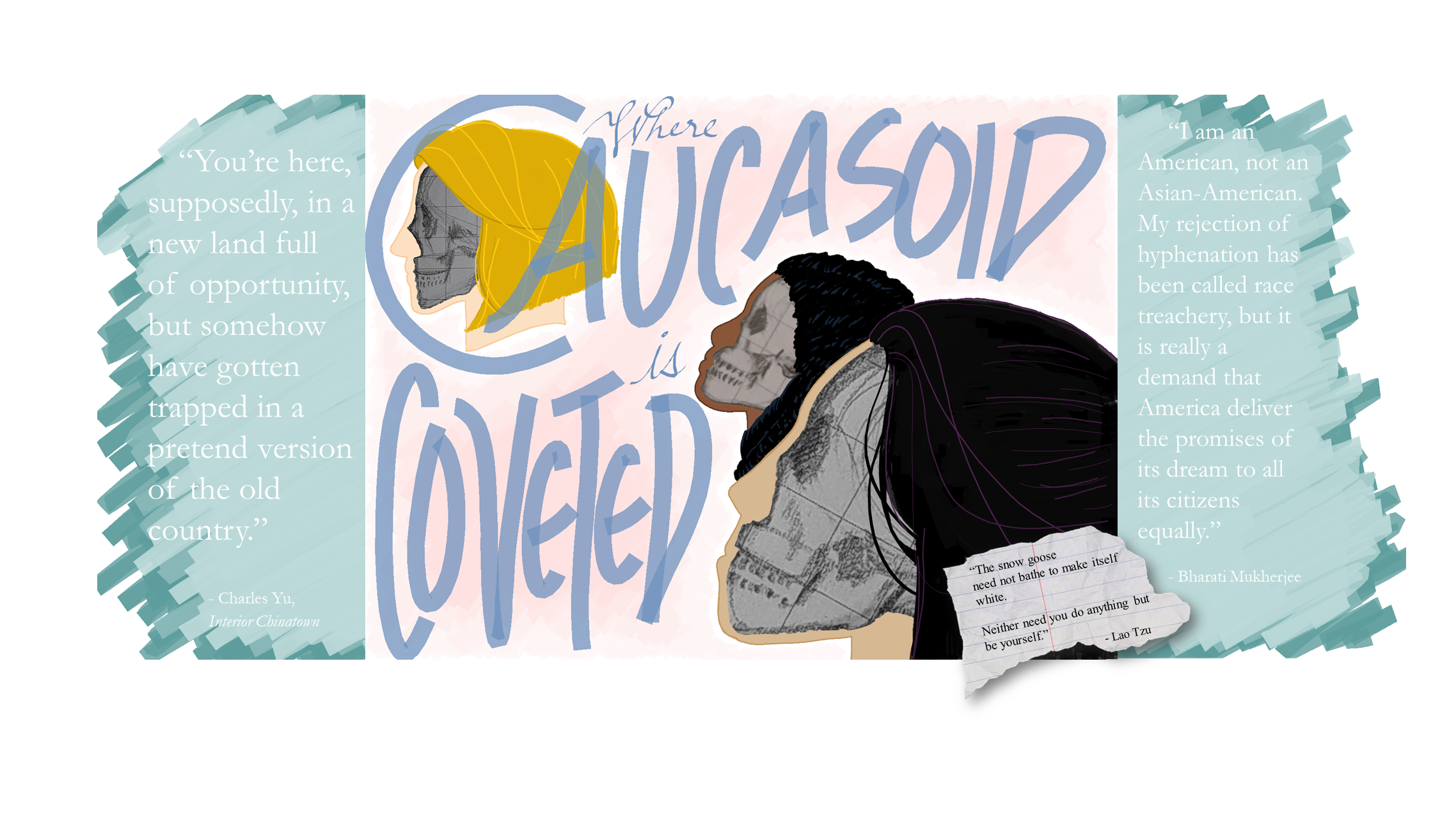 Eurocentrism is a worldview that favors European and Western values over all other beliefs and traditions.

This perspective first became normalized in the Age of Discovery in the 15th century when European countries began venturing into the Americas. During this time, countries such as Britain, France, and Spain wielded their wealth and prosperity not as a tool to share with natives, but rather as a forceful weapon to colonize and undervalue them.

This engendered a longstanding culture of conquest and exploitation that introduced the Eurocentric racial hierarchy, which places Europeans at the top and all other races and ethnicities below them. This hierarchy resonates in modern society with the persistence of systemic racism. Whether it is in the workforce, classroom, or mass media, Eurocentrism is inescapable.

The emphasis on Eurocentrism is made glaringly obvious in contemporary beauty standards; over half of today’s modeling industry consists of stereotypical blonde-haired, blue-eyed Europeans. Even in the rare instance when a supermodel is not Caucasian, she is BIPOC with Eurocentric features such as high cheekbones, a small nose, and wide eyes.

With its origins in Western colonialism and subjugation, Eurocentrism reinforces the marginalization of not only the APIDA community but all minorities. The conventional belief that looking European equals beauty is simply one nuanced example of Eurocentrism’s pervasive influence on institutionalized racism.

Overcoming this discriminatory perspective will require the learning of new, inclusive paradigms and unlearning of toxic mindsets–a goal that we can only achieve collectively as a society.

Yusra is a fourth-year English major and Education Studies minor at UCLA (Class of 2022). In addition to being a copy editor for UCLA's Pacific Ties Newsmagazine, Yusra is the Executive Editor of Creative Nonfiction for UCLA's Journal of the Arts: Westwind. When she is not working or studying, she enjoys binging shows with her friends and running her meme pages.