Comfort Women Today – After You Kill A Butterfly 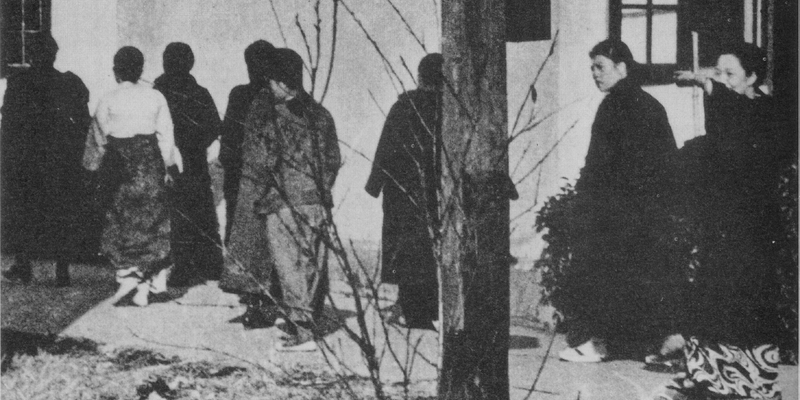 The following article contains sensitive content such as violence and rape.

The 2016 Korean Culture Night (KCN), “When You Kill A Butterfly,” recounts the story of a group of Korean girls who were forced to become comfort women, sex slaves for the Imperial Japanese Army World War II.

Historically, the Japanese military had started comfort stations that held girls from Korea, China, Taiwan, Philippines, etc. because: 1. Soldiers had raped civilian women in occupied areas on numerous occasions, and the military hoped to prevent worsening of anti-Japanese feelings. 2. There was a need to prevent the spread of venereal diseases among officers and men. 3. It was feared that contact with civilian women could result in the leaking of military secrets.

According to the KCN program, the aftermath of comfort stations to comfort women was both physical and psychological. Most survivors were left infertile due to sexual trauma or sexually transmitted diseases. Moreover, they did not openly discuss what happened at first because traditional Asian culture emphasize the importance of purity for women. Thus, comfort women were afraid of the social judgement and shame that they would receive if the public was aware.

As time passed, many comfort women decided to step out and openly share their terrible, tragic stories, and both governments and individuals responded and began to demand apologies and compensations.

Su Zhiliang, director of the China research centre on comfort women, said, according to the found documents, “in Nanking, for instance, there were 141 women and 2,500 Japanese soldiers… That is to say, one woman had to be tortured 178 times within 10 days.”

In 1995, Japan set up the privately run Asian Women’s Fund that offered compensation for comfort women. However, most survivors rejected the offer because it was funded by private donations and did not come directly from the Japanese government.

The Japanese government had refused to directly compensate the women because it believes all claims were settled by post WWII treaties that normalised diplomatic ties, and Japanese officials often deny or minimize the dehumanizing treatment of comfort women.

On December 20, 2015, the Japanese and South Korean government had reached a resolution on the issues with comfort women: Japanese government will apologise and pay one billion yen ($8.3 million USD) to compensate survivors.

In a survey poll, however, more than half of the Korean population is unsatisfied with the results — for good reasons.

For South Korea and Japan, the agreement is a breakthrough for their tense foreign relations. For the 46 remaining Korean women survivors, the deal was made behind their backs — none were consulted on the terms of the deal.

“Shouldn’t you have met with the victims before trying to reach a settlement?” An elderly survivor asked South Korea’s Vice Foreign Minister, who visited the women after the announcement was made. “How could you do this, when we are alive as witnesses and evidence of the historical facts?”

In return for the one billion yen, the Japanese government announced that its Prime Minister Abe considered the funds conditional on the removal of a ‘comfort women’ statue in front of the Japanese embassy in Seoul.

The ‘apology’ fails to state the legal liability of the Japanese government. In other words, the military authorities were blamed and the Japanese state has no legal responsibility.

The horror comfort women faced continue to hunt them today, but one remark from the closing remarks of KCN reminds its audience that similar atrocities still happen — human trafficking and sexual slavery are still major issues worldwide.

While telling a story of the past, KCN also drew attention on current controversies and problems we still face today.