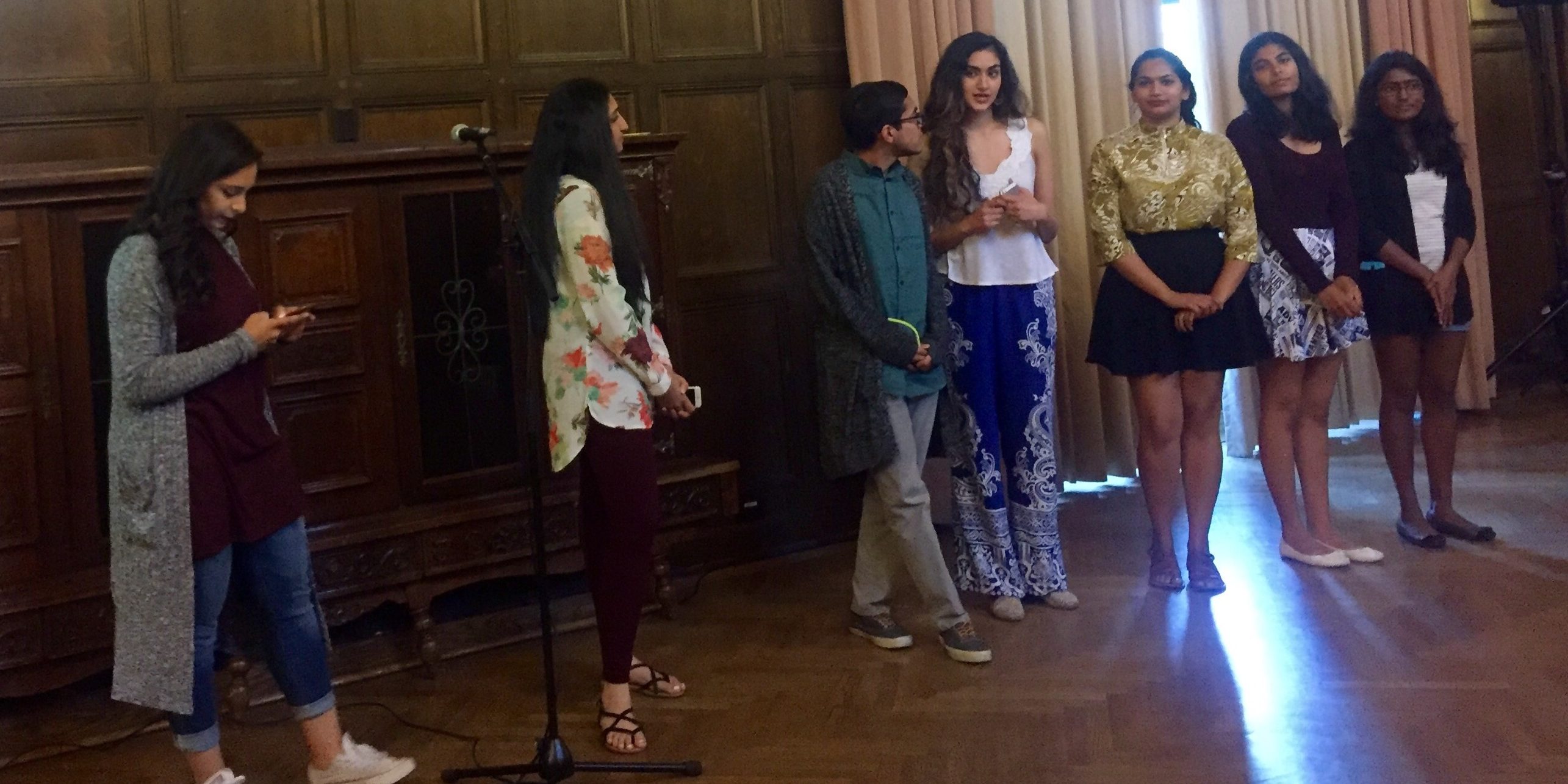 A Chai Talks is a comfortable, safe space where members of the South Asian community can come together to discuss social justice issues over chai.

Issues such as sexual assault are considered taboo in the South Asian community, however, students have realized they shouldn’t stay silent. By the age of eighteen, 40% of black women report forced interaction of a sexual nature.  In their lifetime, 6.8% of Asian/Pacific Islander women reported rape. API women tend to underreport rape and sexual violence more compared to other women of color.

Traditional South Asian values discourage sexual victimization and unknowingly promote rape culture. Rape in South Asian communities is seen as a woman losing her virginity and thus bringing “shame” or “dishonor” on her family. The survivor, usually a woman, is often blamed for the act, with many saying that a decent girl would not roam the streets alone at night unless she was asking for it.

The ambience in Kerckhoff Grand Salon was calming and inviting. Led by the board members of Chai Talks, students were able to share their personal experiences in experiencing and healing from sexual assault.

“Our idea was inspired by chai talks that was hosted at UCSD by the coalition of South Asian peoples. Ever since we started chai talks we’re proud to say that several other UCs have taken on the same initiative,” said Aaliya Khan.

Merva Razzak, a UCLA Chai Talks founder, said she felt ignorant coming to UCLA, but later became exposed to people with different viewpoints on social issues which led her to want to create this safe space.

Students at the Chai Talks discussed the concept of consent and how necessary it is to realize that silence is not consent, and that sexual assault can happen in relationships and marriages.

Marsha Noeline, first year and Chai Talks board member, gave a brief presentation on the idea of shadeism and castes, and its relevance to sexual assault in South Asian communities. She highlighted an article that was picked up by Amnesty International regarding the attempted state-sponsored sexual assault of two women as a form of punishment for their brother’s marriage to a woman from a higher caste.

Participants in the audience also brought up the concept of rape seen in Bollywood movies and how victim blaming and rape culture is prevalent in South Asian communities.

Huge shoutout to our leadership and leaders of Chai Talks for putting on an amazing event tonight! #SAAM2016

Gentle reminders were given by board members reminding people this was a safe, educational environment for men and women to come together to “make space and feel space.”

Inan Chowdhury, a third year Environmental Science major, was an active participant in the discussion and provided a male voice in the conversation, who brought up the notion that the responsibility regarding sexual assault should not be placed on the woman survivor but also that it is important to raise young men with the proper education regarding sex and consent.

“It’s sad that we teach women be more careful, watch out, don’t get drunk but we should be teaching our guys to be more respectful and understanding,” said Chowdhury.

The Chai Talks space felt like a necessary space to Chowdhury. He believes that people who have a difference of opinions can often be cast out into the shadows and that the best way to help them is through acceptance and education.

The event concluded with Student Wellness Commission’s committee, Sexperts, who gave advice on how to talk to parents about sex and sexual assault. The Chai Talks board also set up a finger painting station for people to unwind at the end of the event.

“There’s a huge taboo surrounding the topic and most community conditions prevent survivors from freely speaking about their experience without the threat of ostracization. It’s important for us as a community to better understand how we can support survivors and provide resources with a more culturally sensitive lens,” said Khan.

If you or anyone you know has been affected by sexual assault, the UCLA Counseling and Psychological Services (CAPS) offers group therapy, individual therapy, and sexual assault care certificate training. Additionally, the national sexual assault hotline is available 24 hours a day at 800-656-HOPE (4673).