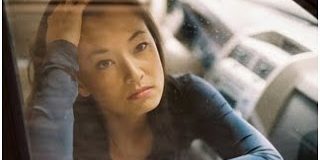 For many, college is a difficult time – moving away from home, making new friends, and struggling to stay on top of academics can be challenges for even the most unfazed individuals. However, for some, college isn’t just difficult – it’s unbearable.

According to the National Institute of Mental Health, suicide is the third highest cause of death among the 15-to-24 age group in America. Recent studies have also shown that API students in particular are at high risk. The Center for Disease Control and Prevention recently reported that APIs are more likely to commit suicide than the average American.

As part of a model minority, API students often face immense pressure from their families, peers, and society to succeed both in and outside of school. At the same time, their reluctance to talk about their failures and doubts may cause many who have depression to suffer alone. Jenny Liu, a fourth year economics major at UCLA and winner of the 2010 Jerry Greenspan Student Voice Award, an annual award designed to encourage dialogue about mental health on campuses and reduce the stigma surrounding emotional disorders, was one such student.

Liu suffered from depression starting from her freshman year in college and encountered firsthand the stigma surrounding the illness, encapsulated by the first time she considered seeking help from Counseling and Psychological Services (CAPS), a counsel- ing center at UCLA that offers students psychological services.

“I remember walking back and forth in front of the building and debating whether or not to go in,” said Liu. “But I never did it because it was a scary feeling and embarrassing. I felt like it was just a phase and something I was going through and could get over it.”

For many APIs, being silent when it comes to confronting depression and other mental health issues may be related to how they were raised.

“Our families pressure us to do really well and we’re perfectionists so we’re not used to dealing with failing or things going wrong. When it does happen, especially in college, we (may) get depressed and not tell anyone about it,” Liu said. “Being Chinese and talking to other Asian people, people like to talk about their accomplishments…rather than reveal their insecurities or the problems they might have. Seeing a counselor has a bad connotation; (people think) ‘Oh she’s not doing that well.’ ”

The pressure that results from the desire to live up to the model minority ideal is a theme that was explored in this year’s Chinese American Culture Night (CACN), which took place on May 1 in Royce Hall. Put on by the Association of Chinese Americans, CACN focused primarily on exploring gang violence and mental health issues in the Asian American community, particularly on the overachiever mentality and suicide. The production included a screening of an interview with a CAPS counselor, who discussed suicide in relation to the model minority idea and its impact on Asian American students.

According to the counselor, the idea that all Asian Americans do well in school, do well in work, and have few social problems is often ingrained within the culture itself.

Among API females, body image is often an issue as well, putting API women at even greater risk for suicide and depression. API women ages 15 to 24 lead in the highest suicide rate amongst all ethnic groups, according to the Department of Health and Human Services.

Liu discussed her battle with an eating disorder along with depression in her award-winning essay for the Greenspan award.

“A lot of Asian girls are really skinny and there’s the pressure to (adhere to) the image of being the petite Asian girl. And if you don’t have that you just feel really down and low,” Liu said.

While depression, suicide, and eating disorders are often considered taboo topics for many college students, opening up the discussion about mental health has helped many stu- dents begin the recovery process. Awards such as the Jerry Greenspan Student Voice Award for Mental Health encour- age students to reach out to their peers and raise awareness of mental health problems on campus. As part of her contest entry, Liu submitted pieces of her art.“I try to open up the conversation about mental health in my paintings…one of (them) has a picture of a girl confined within a measuring tape just to show how being really skinny isn’t healthy at all,” Liu said.

Liu is also an events director for Active Minds, a student organization at UCLA dedicated to promoting awareness about mental health and reducing the stigma of mental illness on the college campus. Some of Liu’s paintings were recently displayed in “A Piece of Mind,” an art exhibit organized by Active Minds that encouraged students to submit poetry and artwork in order to speak out about mental health.

“I just thought for me, drawing was a really good out- let to express my mental health problems and feelings. If I couldn’t talk about it, drawing was my source of therapy, and I wanted other students to do the same. Maybe they couldn’t speak out because they were too nervous, but if they had another way to express themselves, then it’s good and healthy,” Liu said. “It’ll be good to let students see that people can be successful in doing what they do while dealing with a mental health issue.”