Behind the “Quiet” Image of Chinese Students 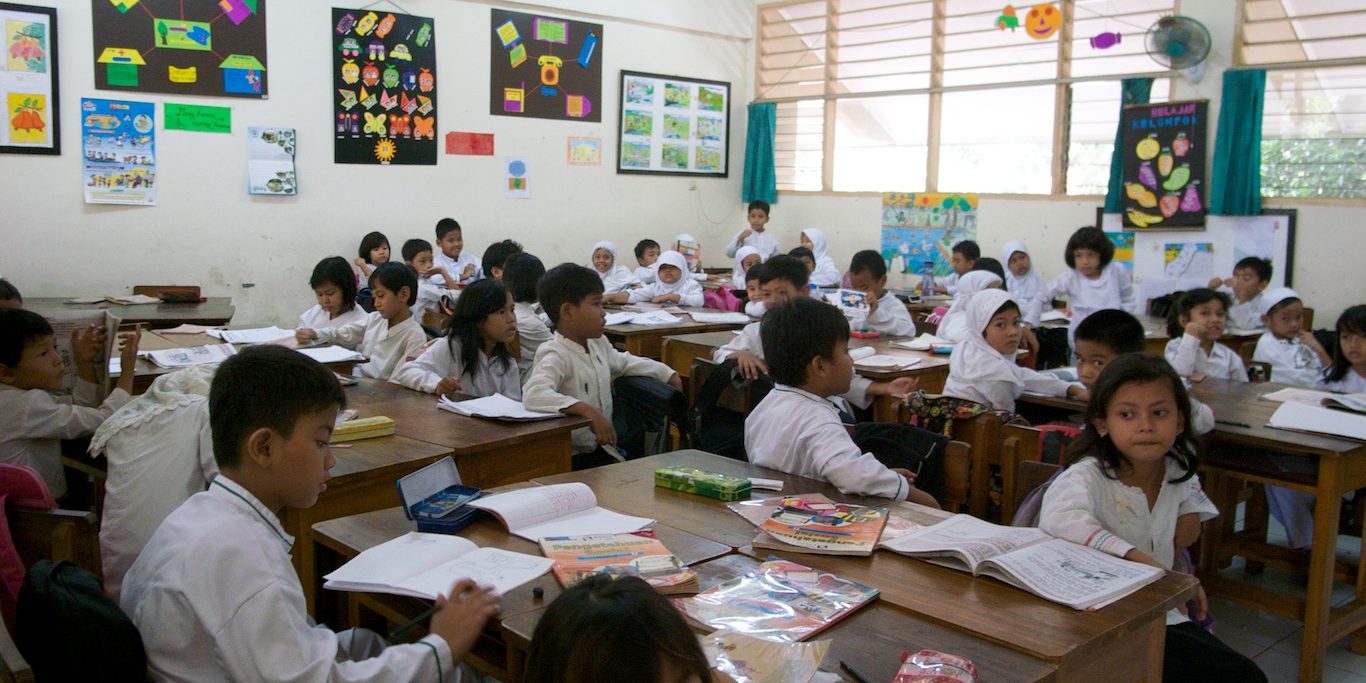 When you type “Chinese students” and “classroom” in Google, the first article that jumps out is titled “Why Are My Chinese Students so Quiet?”. If you search the same words in Quora, you will find all kinds of discussions relating to the same topic. There seems to be a preconception that Chinese students sit silently in U.S. classrooms because they have a “shy” or “quiet” personality; however, is this really the case? I think Chinese students’ relatively low level of participation in class is not due to their personalities, but rather a result of the repressive nature of the Chinese educational system which is hostile to questioning and mistakes.

When I was in the elementary school in China, there was a special form of lecture, a so-called “demonstration lecture,’’ where teachers give a lecture in front of teachers from other classes or schools, as a way of sharing teaching skills. People believe that this “demonstration lecture” not only measures the teacher’s ability, but also the school’s.

The thing that’s unique about a Chinese “demonstration lecture” is that it’s more of a show than an actual lecture. One week before the lecture, the teachers will tell the students what is going to be taught, what questions will be asked, and then give the correct answers to these questions to make everyone memorize the answers verbatimly. By doing this, the teachers can show that they teach so well that every student in the class understands the material and can thus give out correct answers.

When headmasters or officials from the Department of Education come to observe the lecture, the teachers will borrow the “best students” from the whole grade level, even those who are not their students, and train them for the lecture. In order for the school to look better, the other students, who are actually in the class, will be dismissed during the “demonstration lecture”.

In fourth grade, my math teacher needed to give a “demonstration lecture” for the newly recruited teachers so we weren’t required to memorize or rehearse for anything. The only thing that she reminded us was, “if you don’t know the correct answer, don’t raise your hand.” During the class, when my math teacher gave out a question, I raised my hand thinking that my answer must be right. I was in the advanced math team, so I was confident that I would definitely know how to answer the questions. However, I was wrong. I was a little bit disappointed, but I believed that I would sure get the next question right. I raised my hand, and of course, I was wrong again.

After the class was over, I was walking out of the classroom with my friends when my math teacher approached me and said in a teasing tone: “Look at you! You raised your hand so many times yet your answers were all wrong! Why do you even do that!” Having said that, she quickly walked passed me, and my classmates who overheard this teased me. At that moment, I felt stupid and guilty. I thought that it’s shameful to make mistakes, and that it’s safer to just sit quietly in class. Since then, there was always an inner voice that kept telling me, “never raise your hand if you don’t know the answer.” I began to lose confidence in math. I stopped participating in class, because I didn’t want to make mistakes. I learned to become a “silent student”, and this continued until I came to the U.S. for high school. I stayed quiet not because I have a shy personality, but rather because that I learned, or, I have been conditioned, to be silent in classes.

Sherry Shi, a Chinese international student at UCLA who came to the U.S. only a year ago, said that she too does not raise her hand in class even when she has comments or questions about the material. She shared: “I just don’t want to ask ‘stupid questions’.” I then asked her, “but sometimes American students ask very simple questions. Why do you think they don’t care if they’re asking ‘stupid questions’?” She hesitated for a while, and said, “I don’t know… I guess I just don’t want to be the focus.” Sherry’s response implied that at some point in her life, she also has been told that there are “stupid questions” and “non-stupid questions”. Moreover, asking stupid questions will make her become “the focus” in a negative way.

Currently studying at Pepperdine University, Joy Liu is a Chinese student who has been in the U.S. for 5 years. She stated that she “never” raised her hands in Chinese schools, because “it is the teacher who asks questions most of the times,” not the students. Also, she said that she was not an A-student, so she would rather “not raise her hands even when [she] knew the answer”. On the other hand, when she started attending high school in the U.S., she started to participate in class. During our conversation, she told me that she always talks to her professor both in and out of class at Pepperdine.

Why do Sherry and Joy show different levels of participation in U.S. universities? They are both Chinese international students. The only difference is that Joy had entered the American educational environment five years go, where students are highly encouraged to speak up and ask questions. Meanwhile, Sherry just left the Chinese educational environment one year ago, where students are repeatedly reinforced not to make attempts if they do not know the correct answer.