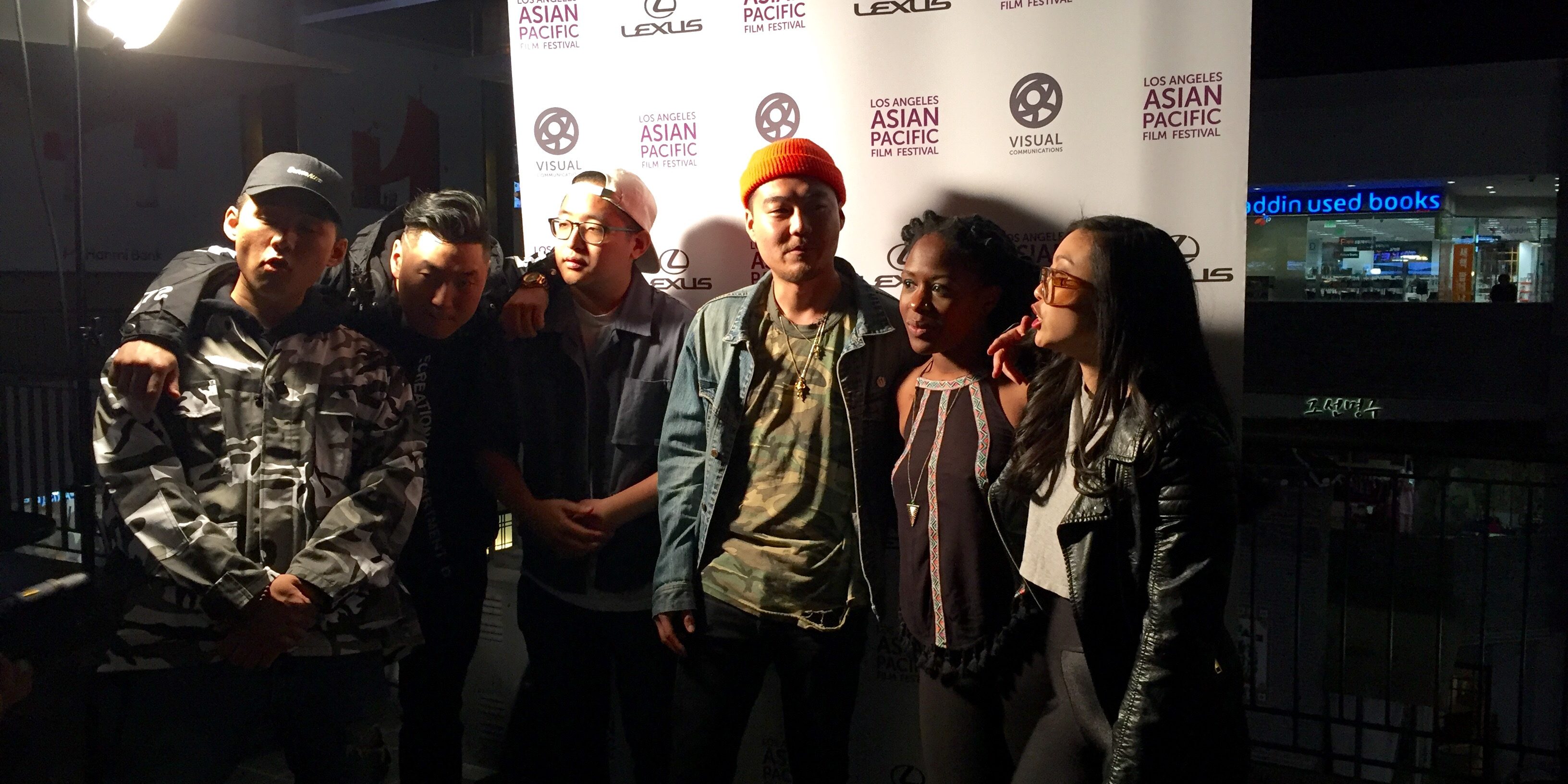 Bad Rap, a documentary about four Asian-American rap artists’ aspirations to make it in the American music industry, held its West Coast premiere last Wednesday on April 27th at the CGV Cinemas in Koreatown for the 32nd Los Angeles Asian Pacific Film Festival.  All four artists featured, Awkwafina, Dumbfoundead, Lyricks, and Rekstizzy, were in attendance, along with the documentary’s director, Bruin alumna Salima Koroma and co-producer Jaeki Cho as well as some music pioneers, including Far East Movement.

Before revealing her documentary, Koroma and those involved with the film found success in their event, with many people lined up outside for standby tickets. Prior to the screening, the four hip-hop artists took pictures together and mingled with the crowd.

When it was time to delve into the film, the four rappers sat eagerly, calling out to acquaintances and loved ones who were piling in.  Watching these interactions made me realize how close-knit and small the Asian American community is in the entertainment industry.  With the exception of Dumbfoundead, all of the rappers hailed from the East Coast, yet they were familiar with many of the heavyweights based in Los Angeles.  To be in their presence was not just awe-inspiring, but humbling as there were so many pioneers who have paved the path for Asian Americans.  However, there is still a lot of work to be done.

And that’s what our artists faced in the documentary and continue to face beyond the documentary.  The film follows their plight for over three years as they struggle with their identities as Asian Americans.

In one scene, Koroma asked a music record label representative to name an Asian-American artist, to which he confidently replies “Keith Ape”.  Upon being corrected that Keith Ape is an Asian artist and not Asian American, he questions the difference before becoming stumped.

After following the rappers on their day-to-day activities and their struggles of succeeding, the film jumps to three years later, showing a comparison of artists then and now, such as Awkwafina, who became involved with television, and Dumbfoundead, who returned to the rap battle scene with his performance in last year’s Blackout V.

At the film’s conclusion, the cast and crew headed up to the front of the theater for a brief Q&A session.  When asked for advice for young Asian Americans trying to break it into the entertainment industry, the cast replied, “We are the trend now. If you want to do something, then do it because people are opening up to us.”