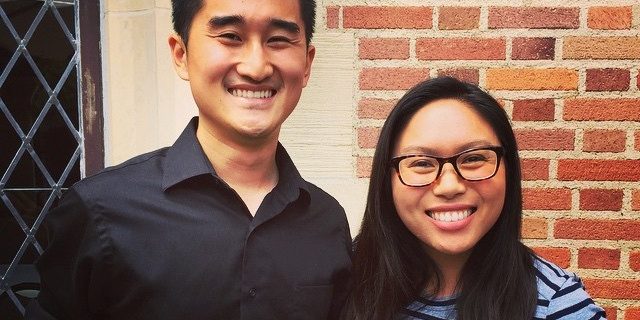 As part of the Asian American Pacific Heritage Month, Pacific Ties is looking at different AAPI student leaders on campus. In this edition, we interviewed Trent Kajikawa, the recently elected Academic Affairs Commissioner and current Academic Affairs Commission Chief-of-Staff. Trent is a third year business economics major and education studies minor from South Pasadena, California who enjoys playing soccer, FIFA, and some NBA 2K in his free time. His boba drink of choice is taro milk tea or thai tea.

How did you first get involved with the Undergraduate Students Association Council (USAC)?

I got involved during fall quarter of freshman year and was a presidential intern under David Bocarsly. Coming into UCLA, I didn’t know what I wanted to do post-grad, but going around at the enormous activities fair, I stumbled upon USAC. At the time there were 13 different offices (we did not have the transfer representative yet) and I saw how the offices worked together to undergo changes at UCLA.

USAC controls about 4 million dollars. I saw that I could use my interests (business, organization, and improving the student experience) to positively impact the school. I’m a firm believer that students should have a say about what their education should look like, and through USAC that is often times possible.

What attracted you to the Academic Affairs office?

What are some of the things you’ve accomplished in the past few years?

During freshman year, I worked on mid-quarter evaluations. We had a research project with the Academic Affair Commission where I surveyed a couple thousand students. After that I put together that Academic How-To Guide. This year we worked with many student groups to pass the diversity requirement, not once but twice and expanded the publicity and awareness of the Undergraduate Student Initiated Education (USIE) courses. We also continued the Global Leadership Connection which brings in students from Los Angeles and shows them the importance of education.

The commission also worked on improving MyUCLA. That is something that I think a lot of student will be positively affected by. We’re working on improving enrollment where we send students a text about enrollment. We’re always working on MyUCLA to make it an accessible, personalized platform, where students can connect to student life. There are many unique features such as a professor can upload a midterm or final to the calendar and students can import it to their calendar. We also put on Fight for Education Week which brings awareness on campus to what academic inequity is and what we can do as students at UCLA and how we can fight these ideas. Arne Duncan said, “I believe that education is the civil rights issue of our generation.” This is what I want to work on as an education studies minor.

Many people do not view Asians as ideal leaders. Has this perception affected your work in any way?

It has and made me a stronger leader. David Oyelowo, the lead actor in Selma said, “I have to work twice as hard to achieve half as much as white actors.” Similarly, I think that applies. Just not to Asian Americans, I think we see this in other students of color. In order to overcome to misconceptions, we have to work twice or three times as hard as other students. Overcoming these hurdles have made me stronger and made me realize that there is a lot of work to be done and to not just give up. Beverly Tatum equated this to being on a conveyor belt in one of her books. I am on a conveyor belt and in order to work against the conveyer belt, you have to walk against it, not only that, but run. At the same time, you can also look at allies who will work toward addressing the obstacles and work to make you a better leader.

Do you feel the Asian American community at UCLA is apathetic towards things like USAC elections?

Do you feel Asian Americans receive enough representation on this campus or do you think it’s skewed towards certain groups?

How do you feel toward LET’S ACT!’s platform of using the racial divisions on campus to promote themselves?

I’ve never thought about it as a one issue race thing, I never really thought about LET’S ACT! about being just about race. I look forward to working with Anais, Amy, and Aaliya so that we as a council will be able to represent all students. There was only about a 30% voter turnout, but there’s approximately 70% of students who did not vote and it’s our responsibility to still represent all students.

Now that you’re elected, what are some of your plans for the next year?

I ran on three things: improving Wi-Fi on campus, improving tutoring resources to students, and advocating for increased academic concealing services. I want to continue the precedent set by Allyson Bach about improving MyUCLA, fighting student inequity, and expanding transparency with academic appointments to the academic senate.

How can people get involved with USAC next year?

We’re going to have applications released this week. I highly recommend applying to any office that interest you, especially applying to represent the student body as an appointment. Going to the different events that we put on, going to the council meetings, talking to an elected member are great ways to engage with USAC.

To learn more about the Academic Affairs Commission, visit their website found here. Application for to be on staff are also open and can be found here.