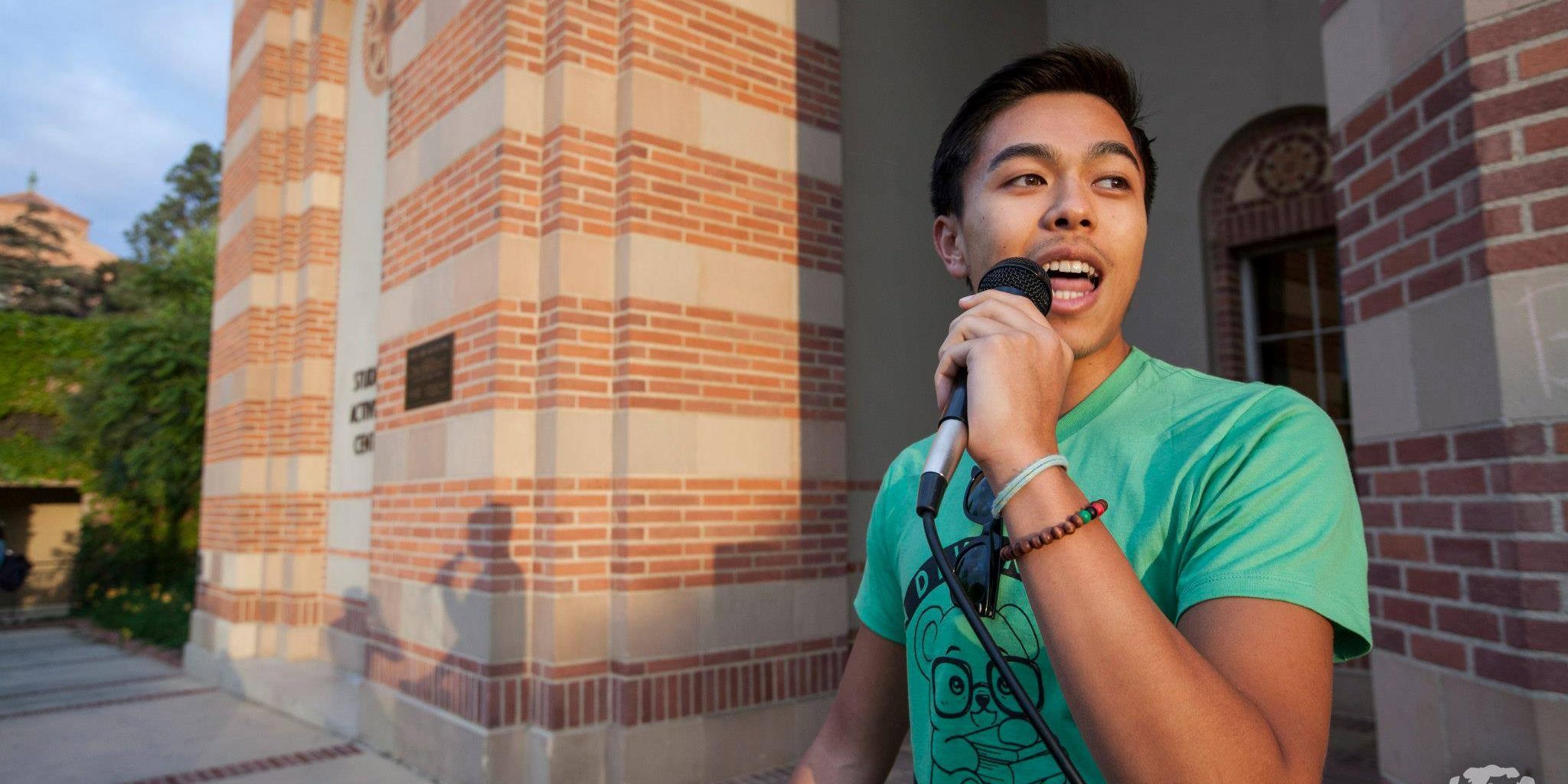 Jazz Kiang is a fourth year Asian American studies major originally from Boston, MA. He is the current Chairperson of the Campus Retention Committee and former director of the Asian Pacific Coalition. In his free time, Jazz enjoys eating and cooking. His favorite boba drink is winter melon tea from Half and Half.

How did you first get involved with Asian Pacific Coalition and Community Programs Office? What are your current roles?

During my first year at UCLA, I was a front desk office intern for CPO. From that, one of my mentors from that internship plugged me into the APC internship, so I was an intern for both during my first year. Last year I was the director of APC. Since then I transitioned out, but still care about the well being of the organization.

At CPO, I am the Campus Retention Committee Chairperson. I oversee all the operation and fundings of the student retention center and all its retention serviced. From the test bank and computer lab, almost every student on campus will use one of our resources at some point.

How do you think the AAPI community can improve their activism?

Overall, it’s very difficult to form a coalition between so many different groups under the AAPI umbrella. It’s crucial to prioritize the issues that often get swept under the rug. Myself, being East Asian, I would rather give my time to advocate for Southeast Asian/ Pacific Islander issues as there are vast numbers of differences in privilege. There are some issue that should get more attention than others because there are greater needs for certain communities.

For AAPI student leaders, they should really be working towards recognizing their own privileges and finding entry points to be in solidarity with other communities. We still have to fight for disaggregation of data which is a very tangible thing. Currently we see #BlackLivesMatter going into mainstream politics. Showing solidarity with other people of color communities is crucial. We need to really find those outlets so that AAPI activism doesn’t come at the cost of another community’s plight.

Why was the diversity requirement so important to pass?

At an institutional level, it’s a movement that has been occurring for three decades. When something with that longevity finally finishes, it’s a very momentous occasion, especially in the midst of ongoing hate crimes. We see the Moreno Reports documenting that there are spaces in student, faculty, and administrative area that aren’t doing so hot. By really making a commitment, the institution itself needs to adjust and rethink its position on how equity should exist on campus. The diversity requirement is a step forward.

Personally, it’s a step forward as a lot of my predecessors were student advocates who sacrificed a lot to legitimize the conversation and keep it going. Being in positions that I am in, it had been my own duty to continue that fight. I was very fortunate and proud to see its actual passage.

What do you say to someone who wants to get involved in activism?

First off, you need to deconstruct what activism means. I think a lot of people imagine activist being on the frontline of a protest. That’s one side of activism. It’s needed. Confrontational tactics are needed.

A purposeful decision or moment can be activism. A person who decides to become a peer counselor at the retention center is an activist because they’re doing something to benefit the community. For someone who is working two jobs so they can afford their tuition, that’s being an activist because they see their importance of being at an institution of higher learning. Being here is already a political statement.

From any sort of level from realizing that your existence is important to giving your time so others can also follow your path, that’s activism. I encourage any student to get involved with student organizations, stay educated, and take ethnic studies courses. Find some sort of way, whether creative, director service or political. Do something with your time and that will be your activism.

That’s actually something that is very uncomfortable for me. Last year, when I was on the forefront of the diversity requirement advocacy and director of Asian Pacific Coalition, I noticed everyone saw me as a face. That’s uncomfortable because in the history of progressive activism you see the downfall when the focal point is a face. When I find myself falling into those patterns, when I know that there are other wonderful people doing work and I wouldn’t have my platform without them, it’s something I try to avoid.

You always seem so busy. What do you do to make sure that you’re taking time for yourself?

This is something I have difficulty with as I don’t have much time when I’m not busy doing something. It’s a challenge since I always think there’s something that needs to be done or something meaningful I can give my time to do. I’m working on it, but that’s where some of the retention services keeps me on check. If I didn’t have a peer counselor, if I didn’t have other mentors checking in on me, I probably would not still be here. Making time for myself is something like taking a breather but I also find a lot of energy when I’m around people I trust and love.

In what ways do you think UCLA could improve its role in inclusiveness and diversity?

The passage of the diversity requirement was incredibly important. However, I see that even at the beginning of the school year there’s a lot of administrative initiated diversity events that are being programed. Not to say that these aren’t important, but there’s still a lack of resourcing for programs, events, and projects that have existed for decades to bring in students of color, to retain student of color, and overall the political existence of students of color.

What can UCLA do? It’s one thing to legitimize the words of diversity and inclusion, but another to look back at how we continue supporting the things, especially with rising costs that have already been here before diversity was a word used by the university. That’s what we’re doing in CPO and in student organizations.

Last questions, this one is a throwback for you. Tell me about your fashion choices.  Karin specifically wants to know about the bucket hats.

I wear what I like. With my personality, even with my name, people aren’t that surprised. I try to look clean. My fashion has developed throughout my youth even through adulthood. There was a time I was very into streetwear and sneakers, now I’m trying to do casual, but personality. I want to be able to dress up but capture the personality that is Jazz.

I actually only have one bucket hat. It has maroon palm trees. I got it for $12 at the Topman sale and it was 75% off. There are some people that are haters of it and some people that love it.