Asian Americans in Cinema: What We Loved and What We’re Looking Forward To 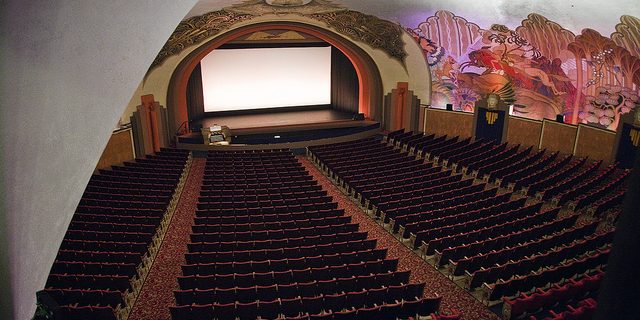 The past two months have been a great time for movies. With all of the winter blockbusters and the Sundance Film Festival wrapping up this past weekend, I thought I’d compile a short list of movies with positive APIDA representation that I either enjoyed or am looking forward to.

A film that’s a joy to watch: “Rogue One: A Star Wars Story”

“Rogue One: A Star Wars Story” is a refreshingly diverse prequel-extension of the eminent space series that delivers not only action and thrills, but great representation for APIDA community.

As members of our staff gleefully noted, “There are three Asian characters in this film! Three!” Not to mention, they are all prominent characters in the ensemble cast, each with thoroughly developed motivations and personalities. But these torchbearers are not exactly new Asian American talents.

Jiang Wen, who plays Rebel warrior Baze Malbus in the film, is already internationally-known as a Chinese actor and filmmaker. Some of his most critically acclaimed works are “Devils on the Doorstep” and “Let the Bullets Fly.”

Donnie Yen, playing warrior-monk Chirrut Îmwe, has enjoyed global renown as a Hong Kong actor and martial artist for over 20 years. Some of his work includes Guillermo del Toro’s “Blade II” and the extremely successful “Ip Man” series, in which he has the titular role.

Finally, British actor Riz Ahmed, who plays fan-favorite pilot defector Bodhi Rook, got his big break and plenty of nominations from “Nightcrawler.” Since then, he’s starred in the gritty HBO miniseries “The Night Of” and the fifth installment of the popular “Jason Bourne” series.

In short, these actors have no problem selling seats. But a little extra(terrestrial) buzz never hurt.

A film that inspires me: “Moana”

“Moana” started with a pitch for a movie about the Polynesian demigod, Maui. John Lasseter, the chief creative officer for Walt Disney and Pixar Animation, demanded that the creators start researching.

This began a five-year long journey that resulted in the creation of both this film and the Oceanic Trust, an interdisciplinary collection of experts who are consulted on almost everything in the movie, from the designs of Maui’s character to the usage of coconuts. Even aspects that may have gone completely unnoticed by the casual, non-PI viewer were scrutinized.

An example that the creators cite is the wayfinding scene: they imagined Moana’s ancestors wearing traditional Papua New Guinean clothing, accessories, and face paint while navigating the seas, and the Trust strictly vetoed the idea as illogical as wearing “a tuxedo in the middle of the ocean.”

Despite all the effort that went into making the film culturally accurate, it’s been criticized for an over-simplified representation of Pacific Islanders, among other issues.

Still, knowing that Pacific Islanders were heavily consulted for their knowledge – on top of the color scheme, animation, and storyline – is hopefully a sign that filmmakers will become more considerate of APIDAs in their work.

The story feels like myth, in that forces of nature seem to be conspiring to help Moana achieve her goal of saving her island, but also emphasizes very human qualities, like agency, resourcefulness, persistence, and teamwork.

To me, “Moana” is a reminder that we have to choose to go for what we really want, but not making the choice that we thought we wanted, choosing to go in another direction instead? That’s okay too.

A film that I hope gets made: “Dana Dana”

This could be the most important film on this list, given the ban that was initiated in the U.S. this past week on Muslim refugees from seven countries, Iraq among them.

“Dana Dana” tells the story of a young Iraqi musician named Mohamed who is forced to flee from his home country and ends up seeking asylum in Great Britain.

Mohamed faces a great deal of pressure and hardship, between worries for his family’s safety, adjusting to his new life, and attempting to attain refugee status.

Eventually, he turns to a life of busking, but his new life in music is challenged when the meeting that could secure his future as a refugee conflicts with his shot at British radio.

The movie is still in progress, but it was advertised at the 2016 Asian American International Film Festival, so keep an eye out if you’re interested.

A film that I want to watch that critics at Sundance seemed to love: “Band Aid”

This movie might be cheating a little bit because it centers on a non-Asian couple; however, there are four Asian cast members (out of fifteen), it has a fairly female-heavy cast, and it carries the distinction of an entirely female crew, so I think it deserves a mention.

Anna and Ben, played by Zoe Lister-Jones (writer and director) and Adam Pally, respectively, are a married couple with issues. The dryly hilarious clip above is 90 seconds of them trying to list their Top 12 Worst Fights, resulting in them just tossing gripes back and forth dispassionately. To help resolve these issues, they form a rock band, featuring original songs by the cast based on all of the fights they’ve had.

The film is packed with TV stars of color, including Jesse Williams of “Grey’s Anatomy,” Jamie Chung of “The Real World” and “Once Upon a Time,” Hannah Simone of “New Girl,” and Retta of “Parks and Rec.” The film also stars three Jewish actors, including the director. There was a lot of discussion about movie musicals after the critically acclaimed “La La Land” debuted this winter, and I hope that this movie is able to affirm that yes, movie musicals can be good, and yes, they can also be diverse.

If you’re like me, possibly the first (and only) thing that comes to mind when you think of queerness and Asian women is “The Legend of Korra.” I love animated TV, but sometimes I’m looking for a little less “intensity” and “world-saving” and a little more “’Girls‘-with-at-least-one-non-White-character.”

“Strangers,” a passion project helmed by Mia Lidofsky and starring Zoe Chao, tells the story of Isobel, a woman in her late twenties/early thirties who rents her apartment out through Airbnb.

With the help of her best friend and the various strangers who end up being her roommates, Isobel navigates her way through a series of ongoing professional, sexuality, and post-breakup crises.

The film/series takes inspiration from director Lidofsky’s own life and experiences renting out her NYC studio apartment to strangers on Airbnb, and promises to be a celebration of “life and love and the intricacies of human connection”. It also promises to have at least one, probably two, queer women who are main characters.

The first three episodes of this project aired at the Sundance film festival this past week, so here’s hoping it will soon premiere to the general public.