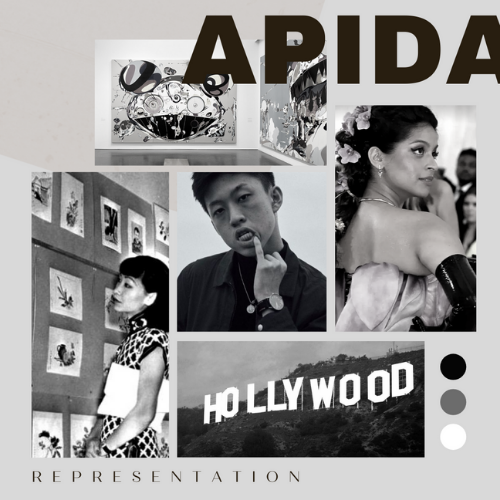 In the early 2010s, APIDA representation in the media was‒frankly‒non-existent. It was nearly impossible to see somebody of APIDA descent in a major Hollywood film or in other forms of mass media. This lack of representation made many in the APIDA community accustomed to a mainstream culture dominated by whites that implied their narratives didn’t matter. However, one platform that allowed for people in the APIDA community to express their creativity and fight for APIDA representation on a global scale was Youtube.

It was during this time that videos like “Strangers, again” by Wong Fu Productions and “Nice Guys” by Ryan Higa, Kevin Wu, and Chester See racked up millions of views and proved that Asians could be a part of the distribution of mass media and desperately needed to be.

As the struggle for APIDA representation in the media continued, Youtube allowed for many more APIDA creators to express their voices and provided a space where those in the APIDA community could see faces similar to them on a screen, so much so that I would argue that these APIDA creators became an integral part of ensuring the importance of APIDA narratives and the fact that APIDA representation still mattered in a generation of aspiring adolescents and young adults in the APIDA community. The presence and popularity of APIDA Youtubers in a digital space also allowed them to utilize their platform to continually voice their support for an increase in diversity in the media and the confinement of APIDA actors and actresses solely for APIDA roles.

One of the most well known APIDA actresses that started on the small screen and appeared in several Youtube collaborations in the early 2000s and 2010s was Arden Cho, an actress best known for her role on Teen Wolf. Many of us remember “Agents of Secret Stuff”, a film she co-starred in with Ryan Higa, and a few Wong Fu videos such as “This is how we never made up” and “Two Weeks Later: Resolution Fails.” Now a beloved, familiar face in the APIDA community, Cho’s roles in shows such as Teen Wolf and Chicago Med were met with generally positive reactions from the APIDA community. While Cho has found success due in part to her roles in APIDA-centered Youtube content, we must also acknowledge the many other APIDA actors and actresses who continue to struggle in this industry because of the domination of white people in Hollywood.

One of the most prominent debates that exists in both the Youtube community and in casting people from the APIDA community is whether or not it is acceptable to cast APIDA actors and actresses who are not the same ethnicity as the character they are playing. While many of us in the APIDA community cling on to cultural pride, I believe that this is a major roadblock in preventing more APIDA actors and actresses from being “well-known” and finding success in an unforgiving industry because it is controversial and would prevents one from gaining more acceptance in the APIDA community. However, I think it is important to let go of this pride in order to demonstrate to the rest of the world the unity and acceptance of the APIDA community. Without this, progress towards proper APIDA representation in the media will be hindered and perpetually attached to controversy.

Although APIDA Youtubers paved the way for important milestones in the media industry such as Crazy Rich Asians, there is still a long way to go. The struggle for proper representation is still ongoing as APIDA characters in Hollywood are still based solely on stereotypes and racist beliefs while the APIDA community fights for increased diversity in the distribution of mass media.