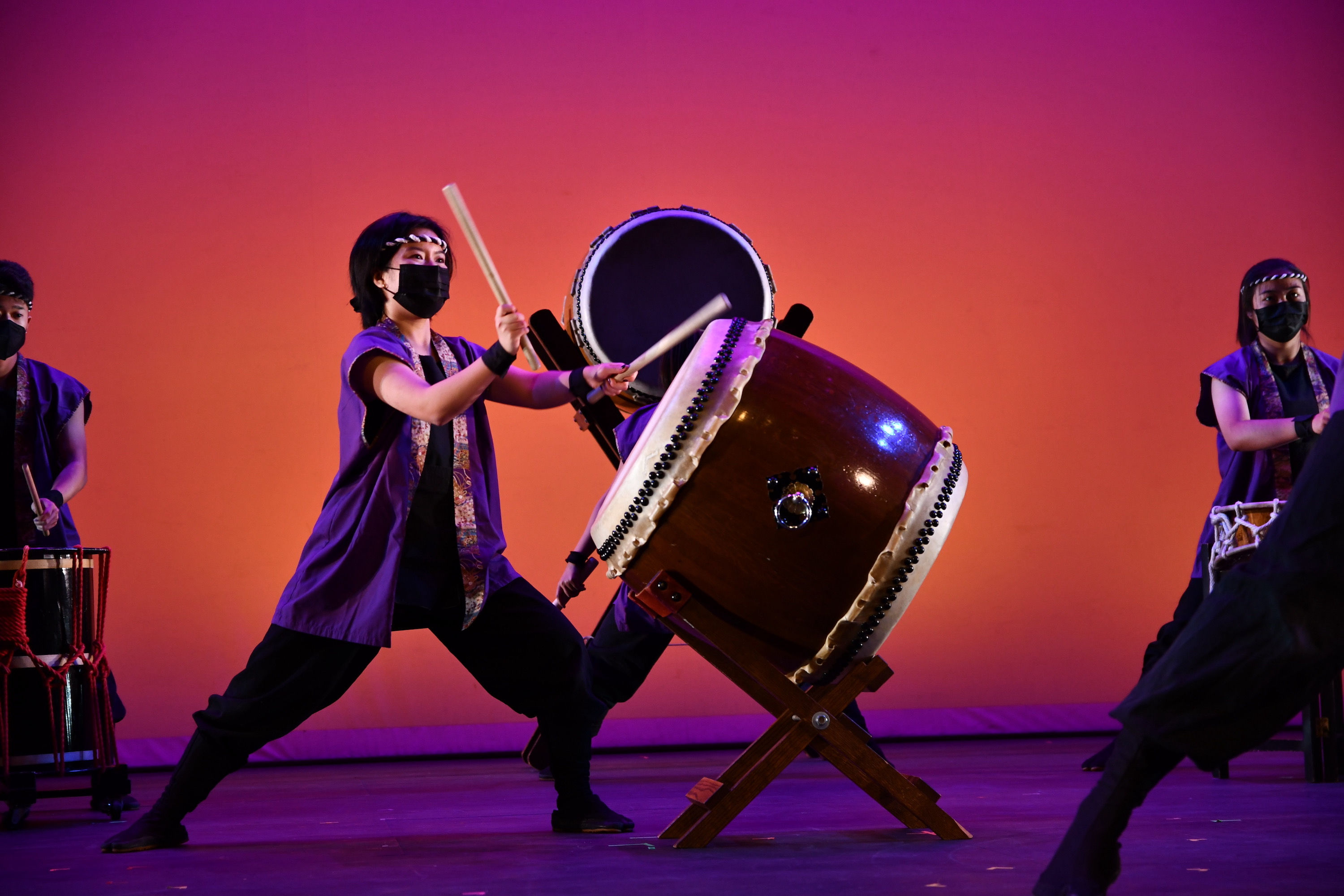 1. Why did you join Kyodo Taiko?

Hirai: I was fortunate enough to have played taiko in elementary and middle school, and it was something that I really enjoyed, but unfortunately was unable to continue in high school. When coming to UCLA, I saw Kyodo Taiko play during orientation, and it reawakened my interest in playing. I went to their workshops, made the team and the rest is history.

Song: Music has always been really important to me, growing up in a musical family and playing flute most of my life, so I was looking for a way to continue that musical involvement in college. I had always thought percussion was really cool, so when I got a flyer from their booth during orientation, I became really interested in attending their workshops. I’m very grateful to have made the team.

2. How have your experiences in Kyodo Taiko influenced your ties to your culture and the community here at UCLA?

Hirai: As a Japanese-American, I think that being a part of Kyodo Taiko has helped me become more educated about my community’s history and the people who have helped to cultivate Japanese culture in Los Angeles.

3. How has Kyodo Taiko dealt with the ongoing circumstances of COVID-19, as a performance team?

Hirai: I think Kyodo adapted really well, or as well as one can, to the pandemic. We were very fortunate in that our team was interested and able to continue having practices virtually, and that we had enough members and alumni who were willing to help teach. Even with our annual introductory workshops being online, we had a pretty decent turnout and were able to recruit our usual number of new team members, which I’m very grateful for. Last year, we were still able to put out songs for both our winter and spring concerts, but for spring we were actually able to get our whole team together and record our songs in person at UCLA, which was really admirable considering that all our practices had been online. Because we had been having regular virtual rehearsals all through the pandemic where we’ve had to shift to an online format, like last summer or at the beginning of 2022, it was a pretty seamless transition for us which is really fantastic.

4. How did you come up with the names for the different sections of your team (Swingrays, Bufferfish, etc)? Does having sub-teams affect the interactions of the organization?

Chan: Each new class of recruited members comes up with their own name. In the most recent years, it’s been animal-themed, but it can be whatever that class chooses. Having these different classes creates a group of “siblings” and people that you stick with during your first couple of years on Kyodo. Each alternating year belongs to their respective line. For example, my class is considered the parent class for this year’s new class, where we teach and mentor them. Kyodo means family and having this family dynamic is reflective of how we function as a group.

5. What makes Kyodo Taiko special to you?

Hirai: More than anything, I would definitely say the bond on the team is something different than anything I’ve been a part of before. The friends I’ve made on this team have really supported me through thick and thin and always manage to make me smile. It’s so nice to have a community like that at such a big school like UCLA, one that you can really call family, and I think that more than anything is what always keeps me coming back to Kyodo.