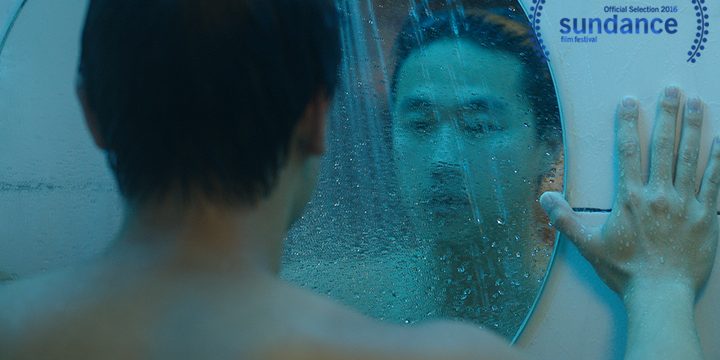 As of December 2016, Andrew Ahn’s “Spa Night” is now available on DVD, Netflix, Vimeo, iTunes, and Amazon. The critically acclaimed film is about a young Korean American man discovering his homosexuality in the 24-hour spas of Los Angeles Koreatown while navigating the struggles of his family’s financial challenges.

The film paints a nuanced, multi-dimensional portrait of Asian American characters, giving something for everyone to relate to.

This past July, “Spa Night” was screened as the U.S. Dramatic Centerpiece selection and U.S. Grand Jury Prize winner at the 2016 Outfest Los Angeles LGBT Film Festival. Since Ahn started developing the film in 2012, “Spa Night” has gone on to win the 2015 U.S. Dramatic Special Jury Award for Breakthrough Performance at Sundance for Joe Seo’s portrayal of David Cho, the protagonist (Joe Seo is also a graduate of UCLA). David is a quiet, observant character who doesn’t have many lines, yet Seo’s understated performance expresses sadness, joy, confusion, and the many emotions one encounters while navigating one’s queer identity. Visually, the film is a treat for Angelenos, with many familiar scenes from LA Koreatown.

In the Q&A following the LA Outfest screening, Ahn said that even though David was not a “model minority” student, there are “different ways to measure success,” such as interpersonal skills. David is an empathetic son who understands the sacrifices his working-class parents made in order for him to attend an SAT prep class so that he can stop working at restaurants and go to college. He is trilingual, serving as the interpreter between his parents and the Spanish-speaking produce delivery man.

It is also refreshing to see portrayals of Asian Americans across all socioeconomic brackets. In a stint at a moving company owned by a Korean woman, David and his father move boxes into a luxurious home owned by another Asian American. As David’s eyes wander around the living room in awe, the contrast between wealthy Asians and working-class Asians becomes painfully apparent. When David visits Eddie, the son of a family friend from church, at USC, he hangs out with other Korean Americans his age. The students he meets are able to drink, party, and have friends their own age, in contrast to David, who does not really have a social life because he has to work at the restaurant. (The other purpose of the Eddie’s friends was to be a reference to Ahn’s own life. He revealed during the Outfest Q&A that Eddie and the other “Asian bros” at USC were modeled after the kinds of men Ahn was attracted to at David’s age).

The film explores the relationship between one’s private life and public life. For David, it’s the difference between his nights at the spa, where he explores his sexuality, and the quiet life he leads at home. For his parents, it’s the difference between arguing in the car about how much money to gift at a dol (ceremonial first birthday of a baby) and happily cheering for the toddler in front of the other Korean families. The scene is a nod to Ahn’s breakthrough short film “Dol (First Birthday),” which Ahn used to come out to his family. And as in many communities, there is the contrast of how people present themselves at church versus how they live their lives.

With the film now available for home viewing, it is very exciting that this gorgeous, touching film will be seen by more viewers. With its multiple layers, the film is definitely worth watching more than once. And in a world where films rarely feature Asian men as leads and queer narratives as multidimensional, Spa Night is truly a groundbreaking work of art that will be talked about for generations to come.