An Anime-Themed Bonanza at Feast 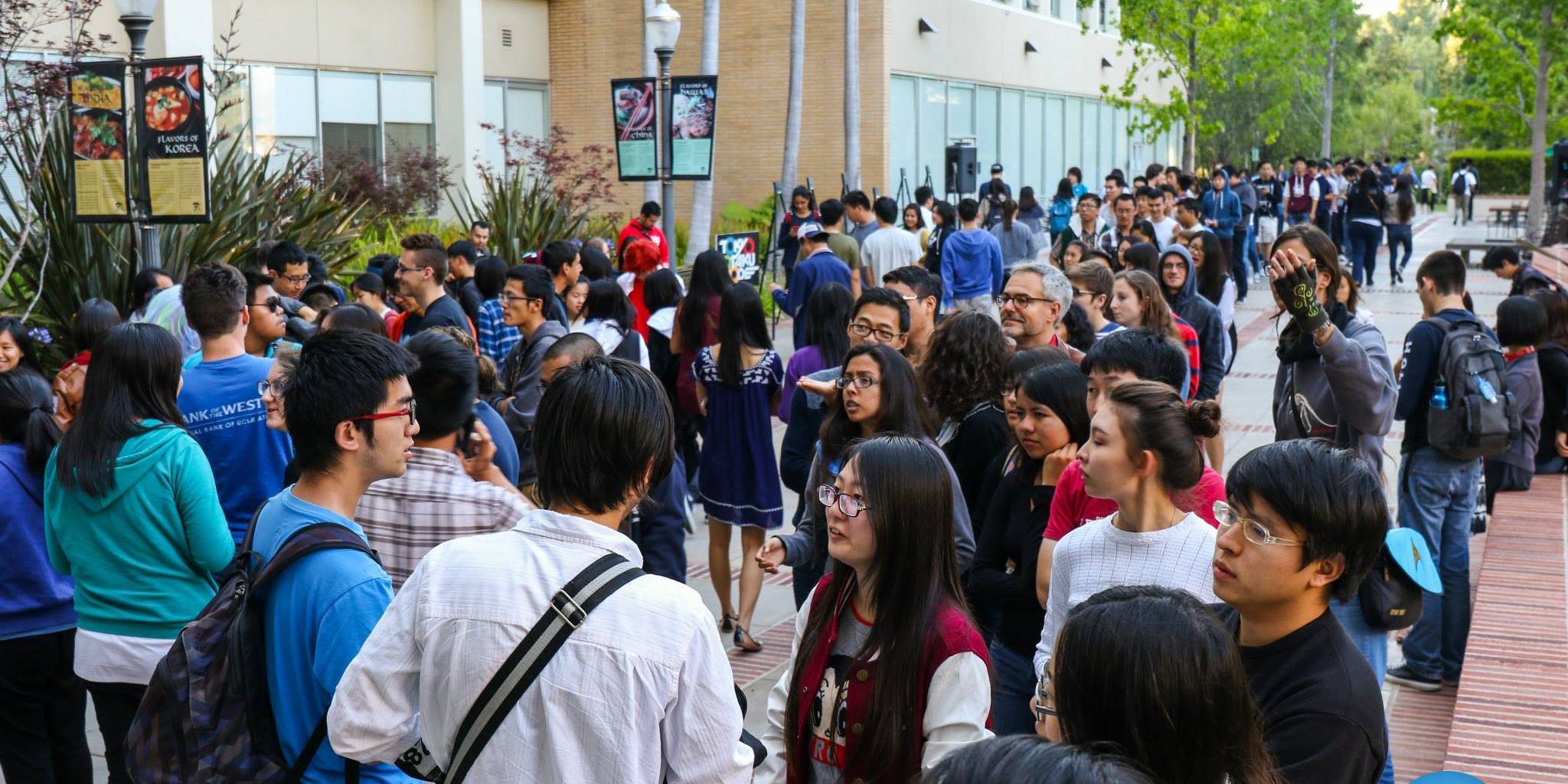 On May 27, UCLA’s Feast dining hall held its second annual Anime Dinner Night, hosted by UCLA’s own Japanese Animation Club (JAC). This event celebrated Japanese animation and anime culture through displaying themed decorations and dishes as well as featuring activities throughout the night. Similar to a miniature convention, many students cosplayed as various characters from a variety of anime shows. Tokyo Otaku Mode, an international business with locations in LA, also contributed to the decorations and manned a booth outside.

The performances were also matched with other fun activities. An indoor art gallery exhibited the work from Fresh Produce, a sub-group of artists within JAC. As students waited in the entry line to Feast, they could also have their photo taken by On the Hill Photography staff and enjoy the outdoor music delivered by a live DJ.

DJ Justin Hou presented a mixed playlist of Jpop, Kpop and mainstream American music, which the audience appeared to enjoy. When asked about the song selections, Hou commented that, “I know many people around campus love anime, but many seem reluctant to show it due to preconceived notions of how “nerdy” it is. By actively mixing J-pop with other genres of music, I sought to demonstrate that anime music can be enjoyed in the same fashion as any other form of popular music.”

The night also included a spicy food eating contest, hourly raffle and other activities. Needless to say, JAC as well as all of the other organizations that contributed, did a solid job in holding yet another anime-themed dinner for the school. The student planning committee remarked that Feast’s executive chef and anime-enthusiast Mark proposed the inaugural event last year; and surely, this year’s event would not be complete without Chef Mark’s anime-inspired menu:

During both times the event has been held, Anime Night brought together students ranging all across the spectrum of interest in anime. It also allowed many new students to dip their feet into a vibrant and global cultural phenomenon. Last year, there were about 1,447 students and guests who attended. This year, the number increased to 1,550 attendees.

As a part of the planning committee, JAC Member and Fresh Produce Vice President Melinda Chiem-Ngoy commented that there were unexpected delays and scheduling issues with student groups which pushed the event back this year. “Nonetheless, it was definitely a lot more ambitious and successful than last year,” she said. “Everyone’s hard work paid off in the end.”

If you missed the event, fear not because Anime Dinner Night will return this upcoming Fall Quarter, tentatively around Halloween season.