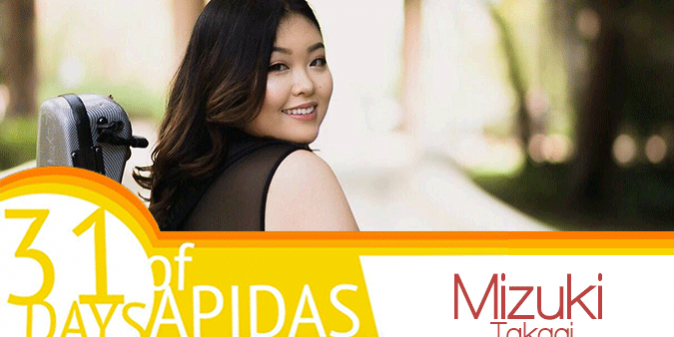 Mizuki Takagi is a graduating violin performance major who will be starting a Master’s in violin performance at CSU Long Beach in the fall. Her accomplishments include performing Ravel’s Tzigane as a soloist with Peninsula Youth Symphony and Palo Alto Philharmonic, winning the Music Teachers’ Association of California’s VOCE branch competition, being a Mondavi Young Artists Competition Semifinalist, and attending Conservatoire Américain of the Ecoles d’Art Américaines in Fontainebleau on a full scholarship.

Check out her senior recital on June 5 11:30am in Popper Theater!

Tell us about your identity

Growing up with parents who were raised with traditional Japanese values, there was a clash of cultures since I went to school in the US since pre-K. They were trying to raise me in a way that I could move back to Japan because I was supposed to permanently move back to Japan during middle school due to my dad’s work. Eventually, I ended up staying here and it really confused me because I always identified myself as American, but I also had all these traditionally Japanese values instilled in me, like respecting elders and being very polite.

Because I’m not a US citizen, nor have I lived in Japan for a significant amount of time, I feel like I’m between countries. I was talking to my parents a few days ago on the phone about how mad I was that they didn’t let me become a citizen or even have a green card. They said they wanted me to be an international, worldly person, but I had always wanted to feel like I belonged somewhere.

For me, growing up in Novi, Michigan (just outside of  Detroit) up to third grade really affected how I thought. I was the only Asian kid at my elementary school, and there was still a lot of racism toward Japanese people at the time. It was very traumatizing hearing and seeing racism as a child; I knew a lady whose garage was graffitied with “Go back to where you came from, Jap,” and I saw people yelling at us because we looked different. Kids at my school were nice, but they’d still single me out as “the Asian kid” which made me very aware of how differently I looked and how I was the only minority at school. I just felt different and in a sense, I felt resentment toward my own culture and race. So naturally, I adapted as the super “whitewashed” Japanese person because it was a sort of defense mechanism, so that when someone tried to single me out I could say I was completely American. Thankfully, I moved to the Bay Area, where being Asian was normal. At first it really surprised me; I wondered why everyone spoke with a slight Asian accent, and I was in awe at how it was normal to see Asian supermarkets.  I grew to accept that it was okay to be Asian (as weird as that sounds) and feel comfortable with my own appearance and culture. It’s not that I’ve gone to the opposite side of the spectrum and I show off that I’m Japanese now; I’ve just come to accept and appreciate my own culture.

What does violin mean to you?

It’s a way for me to express myself because growing up (and even now), I wasn’t great at communicating my emotions and connecting with people. I found that music, especially classical music, was a universal connector, regardless of age, gender, etc.

Classical music changed my life. In middle school, I met this phenomenal violin teacher (Jenny Rudin) who survived living in Europe in World War II as a Jew. She had to move around a lot to escape persecution and her only comfort was the violin. And to have someone like her believe in me and my talents changed me. Learning violin from someone whose soul was the violin, it’s this voice that channels the purest form of emotion. There’s something very beautiful and fascinating about being able to channel your voice through this wooden instrument to perform a timeless piece of art.

The violin itself really affected my confidence as a person. Because of how I grew up, I felt the need to be invisible, but thanks to my teacher, I learned how to handle the spotlight in front of an audience.  This was therapeutic to me because of my natural tendency to want to hide from the world. In a way, violin was this one constant thing in my life because I constantly moved around and had an unstable life at home. It defines who I am as a person, and I’m glad I never quit.

Your sister is 11 years younger. How is her experience different from yours?

Well, she’s a citizen, so she’s actually “Japanese-American.” My parents aren’t pushing Japanese qualities on her as much–she doesn’t really speak Japanese whereas I could’ve fully functioned in Japan at her age. I don’t really see her experiencing the kind of racism that I did, since she’s growing up in the Silicon Valley. She’s a talented kid–she’s something like 16th in the nation for fencing as a 10 year old. She can focus more on her hobbies, whereas I had to focus on my academics in both American and Japanese school while trying to excel in violin so I would be prepared for whatever country we moved to.

How do you feel about graduating?

Sad. Excited. Nervous. A mix of emotions. Graduating college means I have to become a real person!

What advice would you give to your freshman self?

Don’t be afraid to take chances. Only in your darkest times will you see the positives in your life. Don’t sweat the small stuff because I think a lot of who I was as a freshman was defined by me being an anxious mess. I now I realize I should focus less on small details and no matter what happens, life’s great as long as you have a roof over your head and you’re not hungry.  As long as I have my violin, it’s okay.

Interview has been edited for length and clarity.