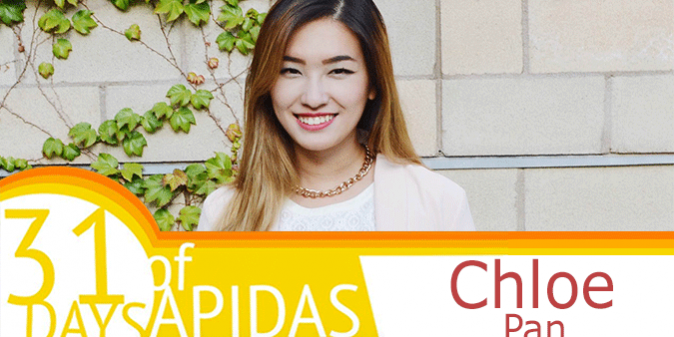 Chloe Pan is a second year studying International Development Studies and Asian American Studies. She identifies as a 1.5-generation Chinese-American.

Tell us about your hometown.

I was living in China and then I moved to Michigan when I was 4. I lived in one of the suburbs of Flint, and right before high school I moved to a suburb of Detroit. As an out-of-state student, tuition is a struggle for me. My mom is a waitress and the only person working in my family. At the same time, I was available to come to UCLA because I received scholarships and teachers wrote rec letters for me. I realized that wasn’t possible for other students. With sheer geographic luck, I had access to resources that made college possible for me in the ways that I have now. I was 19 when I fully grasped that.

Geography is a huge damn privilege and we aren’t cognizant about it until we are removed from the spaces that we are used to.

How do your two majors complement each other?

International Development Studies and Asian American Studies is an interesting combination. International Area Studies is a device of the state because the government needs expert academic folks when making decisions about intervention in one area of the world.

But Asian American Studies allows me to be critical of it. We think about social justice in an Americanized way. We have Westernized privilege. For me, it was to apply a trans-Pacific analysis and understand not only what community conditions are like for minority communities, but also to understand how transnational forces impact the communities to begin with. Asian American Studies can be used to critically analyze what international development means. What happens to the people who are displaced post-conflict?

You’re a resident assistant, you’ve programmed for Association of Chinese Americans, and you’re in Bruin Consent Coalition. Why are you involved in these spaces?

At the basic core, programming is about intention. I’ve believe that you shouldn’t have an event if you can learn about it on the internet. To me, it’s about the interpersonal engagements that you can’t find anywhere else. I’m interested in cross-community building. Nothing can get done unless you have these relationships with other people and challenge each other to learn more and do better.

I’m one of the IGR interns. It made me conscious of the importance of dialogue. I know that people can be dismissive of how it’s just talking. At UCLA, we don’t have enough productive discussion about divisive issues, whether it’s about BDS or Black Bruins Matter. A program that bridges those gaps between the divided communities is really important. Individuals can represent themselves as opposed to showing up at the doorstep and feeling like you have to be the spokesperson of the community.

What’s a personal goal that you want to accomplish?

At UCLA, I want to see the creation of a cross-cultural center that is devoted to cross-community building. Because of the model minority myth, that creates the perception that Asian Americans have all the resources we need. I want to facilitate more of these spaces for political advocacy skills and identity development.

I also want to bring baby goats to UCLA. UCLA has events about bunnies and puppies, but I want to #MakeUCLAGoatAgain.

What advice do you have for incoming APIDA freshmen and transfers?

At UCLA, we tell people to try new things, but it’s still easy to go to a friend of friend’s thing instead. I encourage people to feel OK with being uncomfortable having one-on-one conversations that can be difficult or challenging. Never doubt the impact of a single one-on-one conversation. If you approach it with authenticity and intention, then you never know how much you can learn from them or what they can learn from you.

What do you like to do on your free time?

I’m a big fan of finding different kinds of new coffee to add soymilk to. I get stressed out about the backlog of food pictures and not knowing what do with it. I think I have 2000 food pictures on my phone. It’s come to the point that it’s not socially acceptable to post them online.