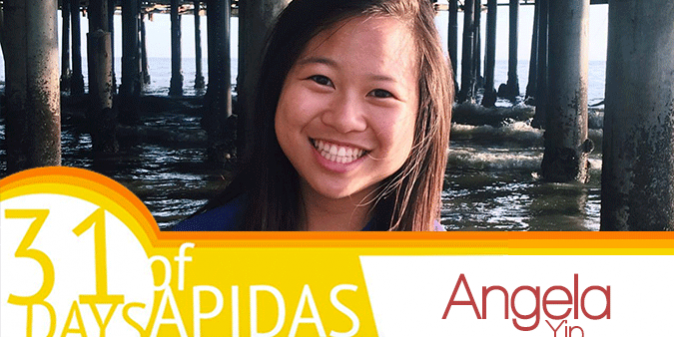 Chinese American woman. My mom’s parents are immigrants, but my dad’s family has been here for at least four generations. I think my dad’s family having been here for a long time has affected my experience. When I lived in Oregon as a kid, I didn’t see other Asian Americans around me and I ended up taking on a colorblind perspective. My parents used to joke that I was white. I moved to California when I was seven, but it wasn’t until the end of high school that my perspective began to change.

How is it like finishing up your second year as a Residential Advisor?

I love being an R.A. It challenges me to become a role model and a mentor. Through my role, I’ve also learned of different pressures that students face, especially students of color, so I try to be a source of support.

So I heard you’re involved in SFAC, what exactly is that?

I’m a part of the Student Fee Advisory Committee. It’s a two-year term that consists of undergraduates, administrators, and faculty who recommend where the student fees should be allocated.

Why is this something you chose to take part of?

Well there are two major categories of fees that students pay for: tuition and student service fees. Student fees go to different types of non-academic services. For example, the bruin resource center is paid by student fees. It’s cool being a part of this because I learn about different services that are provided on campus. I think it’s incredibly important that students are part of the decision-making process of where their money goes, so it has been a privilege to be on this committee.

What do you do to de-stress?

I call my grandma! Shout out to Yin Yin! She just had her birthday and turned 92 years old.

Why do you love your grandma?

She’s so kind and nurturing, I want to be just like her. I spent a lot of time with her in San Francisco. I would go to her house during the summers as a kid and after school in high school. We would often take the bus to Chinatown, where we couldn’t walk a block without her running into someone she knows—she is just that friendly and social. She’s my hero, I can’t wait to see her.

Any plans over the summer?

I’m going to Beijing for two months. I don’t speak Chinese so I’m going to learn Mandarin. Although my family speaks Cantonese. And then for fun, I’m going to Tokyo for a week!