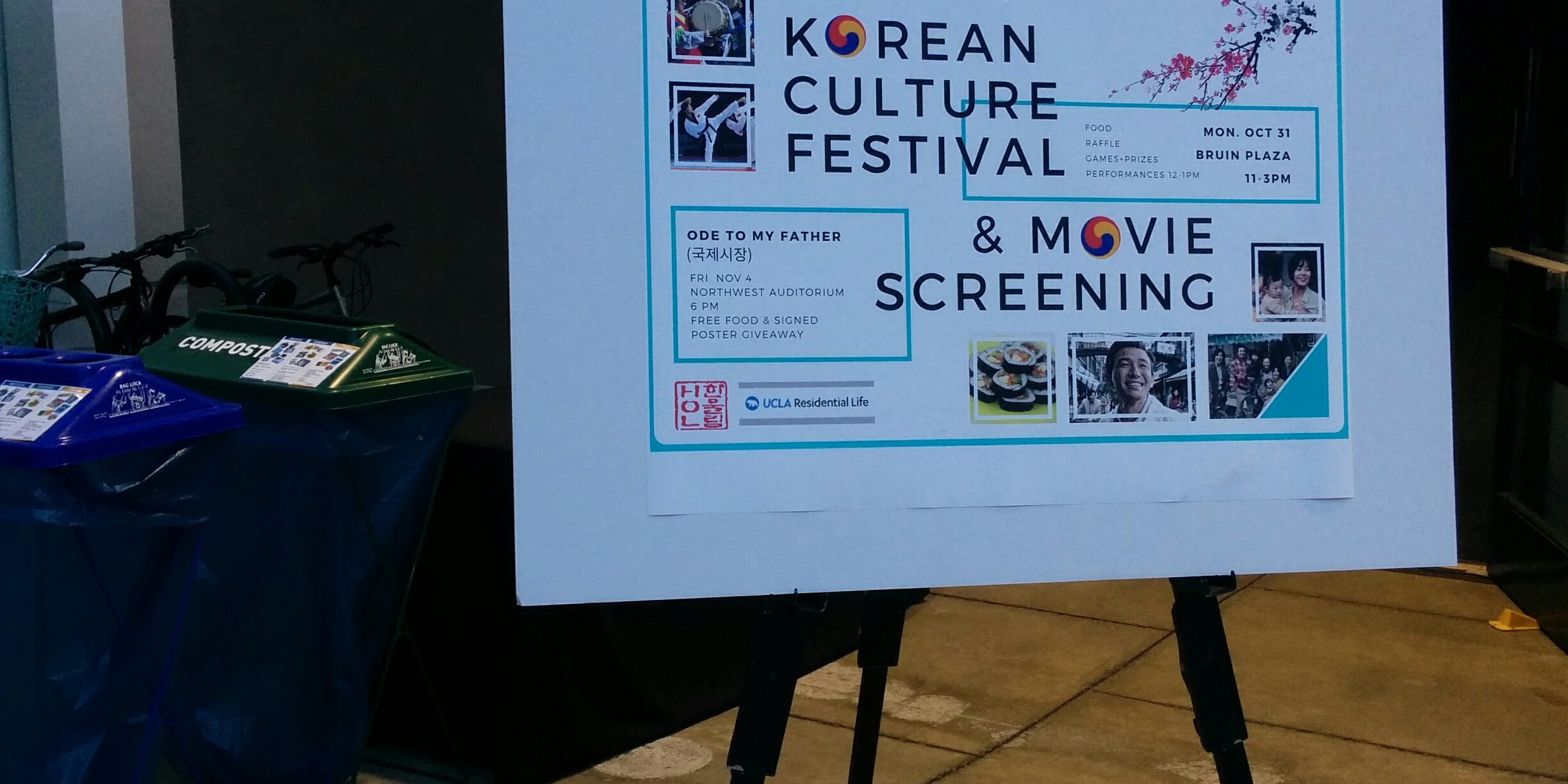 On November 4, UCLA’s Hanoolim: Korean Cultural Awareness Group hosted an evening screening of Yoon Je-kyoon’s 2014 film 국제시장 (Ode to My Father) at Northwest Auditorium on the Hill. Beginning the week with a successful Korean Cultural Festival in Bruin Plaza, Hanoolim bookended the week with a screening of the second highest-grossing film in the South Korean film industry.

Hanoolim’s collaborations with several sponsors contributed to the programming of these two events. A collaboration with the UCLA Office of Residential Life provided the venue for the screening, and a collaboration with CJ Group, a South Korean conglomerate which holds entertainment subsidies, led to the securing of the screening rights for Ode to My Father. Hanoolim’s President Sharon Lee, a third-year UCLA undergraduate student, described collaborations with Korean businesses based in Koreatown, Los Angeles as mutually beneficial as these businesses are eager to reach out to the student population at UCLA. 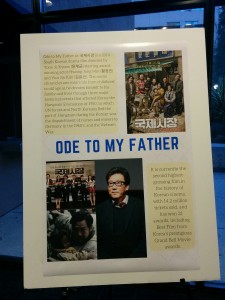 An informational poster board about 국제시장 (Ode to My Father). 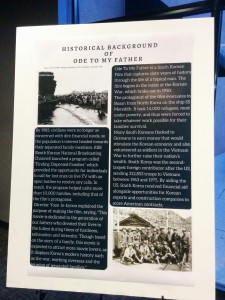 An informational poster describing the “sixty years of history” in Ode to my Father. 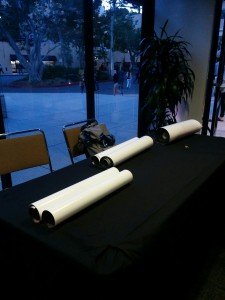 Hanoolim KCAG raffled two signed posters of Ode to My Father and gave away a variety of South Korean movie posters.

Lee hoped that Hanoolim’s movie screening would bring awareness to the historical narratives addressed in Ode to My Father, such as the Hungnam evacuation of 1950, the struggles of Korean migrant workers in Germany during the 1960s, and the broadcast television programming showing the reunions of family members separated by the Korean War in 1983. The film serves a purpose in highlighting the narratives of Korean and Korean American culture. In particular, the Hungnam evacuation is a recurring trauma for the film’s lead character, Yoon Deok-soo (played by Hwang Jung-min), in which the circumstances of the evacuation inform the choices Yoon makes in the different stages of his life.

Despite being a high-grossing film at the South Korean box office, Ode to My Father has been subject to controversy because the film’s interpretation of South Korean history leaves out problematic and contentious moments in the nation’s history that might tarnish the country’s image. For example, critics argue that Ode to My Father leaves darker events in South Korea’s history unaddressed, such as martial law, student protests, and political scandals. Instead, Ode to My Father focuses on South Korea’s success in its rapid industrialization from a developing country to a developed country through the view of Yoon Deok-soo’s life experiences. The idealized perspective of history reflects a conservative cinema, and the filmic narrative primarily speaks to the older generations of Koreans and Korean Americans. Nonetheless, the historical events covered in the melodrama are important reminders for Korean and Korean American youth of the sacrifices their elders made.